Ilja Karilampi
"A Stroll Through the Hood"

IK: So we’re in the house, we’re on the 6th floor where Thom lives. I live upstairs on the 7th floor in the middle of Berlin. We’ll take the elevator down to EG.

IK: Erdgeschoss: ground level.
TB:EG. Which in English means “For example.” So where are we walking to Ilja?

IK: I was thinking we could stroll through the ‘hood, as they say. It’s about 9 in the evening now in central Berlin, a calm area. First we’ll go to the wicked park across the street.

IK: We’re kinda close. Actually we’re right now walking over the catacombs of… just kidding. JK guys. This park right here, we had a show here one time. Let’s see if the posters are still there… there’s one here, it was a year and a half ago. Smells like piss these days.

TB: When I think about your work I think about monograms, these things that people put on their polo shirts and clothes, and all these symbols. When you see a monogram, for example, what seduces you about it? What draws you to these symbols in particular?

IK: Class and ass first, always! Just kidding. But it does have to be something desirable, even like a visual joke. Monograms and logo-type stuff… I’m hoping to see beyond logos, in the same way that people say: “I don’t see the world in colors, I’m color blind.” Whether it’s corporate or not is not so important to me—I’m anti-capitalist obviously, how can you not be—since it’s not like I give a shit about Ralph Lauren Polo or whatever. 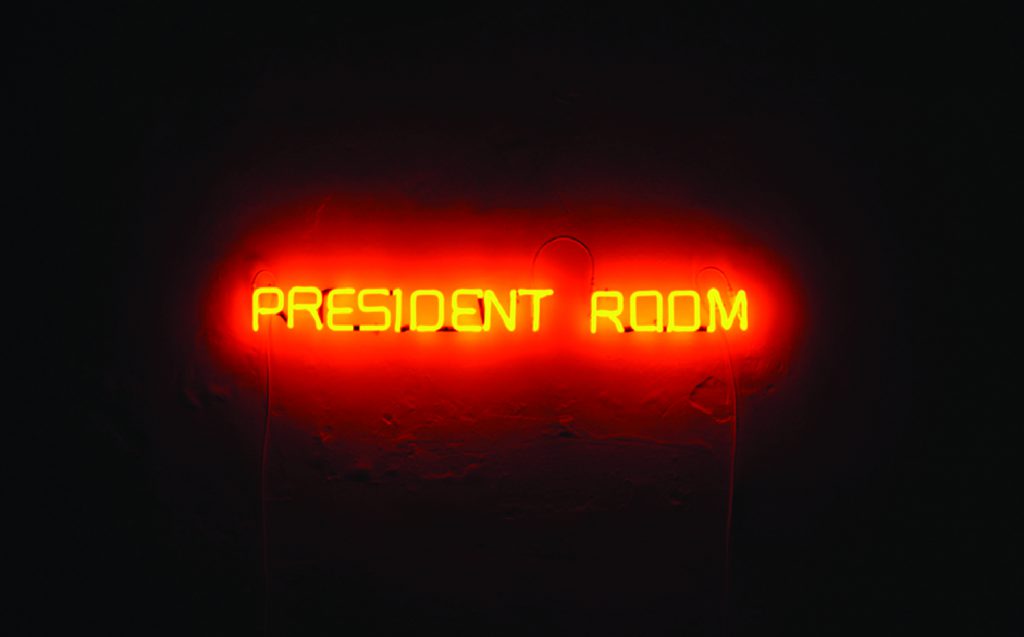 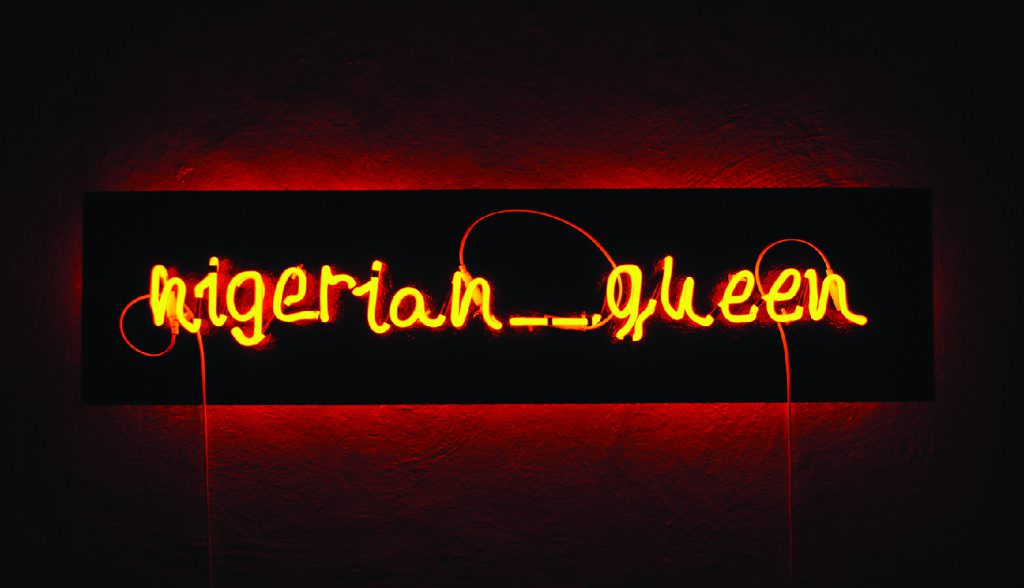 TB: It’s almost like you’re clowning on it a little bit right?

IK: Yeah krumping. [laughs] These are actually my two favorite houses in this area, behind a church. If I stay in Berlin, I’d like to live in one of these houses.

TB: I’ve never seen these before.

IK: They’re really amazing and super central, and you have your own driveway. Look at this shit. And it’s just opposite the highrise. I could have a bar mitzvah here actually! [Sirens in background.] So, what about your writing? What’s hot or not on your list right now?

TB: That’s hard to say. I think these ideas that are a little bit old now in the art world are trickling down into the fashion world in very bizarre ways. Like, you see this fixation on post-humanity, making its way into high fashion and consumer-level things, wearables, stuff like that. So that’s a point of interest, how the body is being transformed by these things. What’s interesting you right now, what’s hot in your world?

IK: Cocaine Muzik by Yo Gotti is really hot! Nah, just kidding. 2016… a lot, work, in general, the vibe feels cool, it’s turning out to be better now than the beginning of the year for me, I feel more settled.

TB: Yeah, you were moving around a lot, doing a lot of shows in a lot of different countries this year. It seems like some of your pieces pick up these stickers. You find these things, and they snowball into the work a little, so I guess the travel is almost of part of it, creating these new experiences through different cities.

IK: I cannot really see what the complete picture is from the outside, but the best case scenario is that it communicates on its own if you’ve done good enough work in an artwork. If it’s well done, it should be like, “WHOA,” having an effect on the viewer.

TB: How does your work come together, like how do you get started on a piece?

IK: It sounds cliché, but it’s a constant creative process, it’s just a rolling set of impulses. It’s different with inspiration, and actually making something as well. You’ve got to have some sort of waterfall. I just do what I do. Like you do what you do. 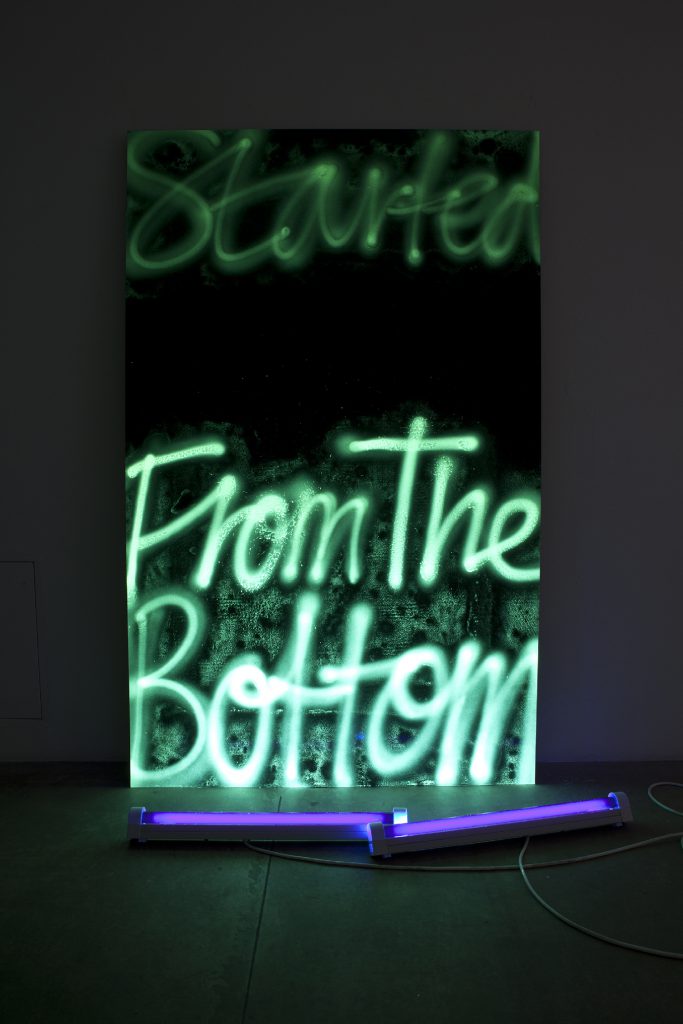 TB: So you’ve been living in this neighborhood for a minute.

IK: Yeah the last three years. We’ve got the sports field right here in front of us now. It’s good to run on. You can see it from the kitchen. I keep coming back to this flat because it’s almost geographically centered. We actually just passed the stone that is the geographical midpoint of Berlin. You can’t beat the price and location. Actually, I like its 60s hoodness.

TB: Berlin’s a city with two different poles, and the center is like an outskirt.

IK: It’s weird right? That’s exactly how it is. [Passing mailbox] Got my visa from Ghana today.

TB: How long are you in Ghana for?

IK: A week max, maybe 5 days. I had to take so many vaccination shots, for like yellow fever, etc. And how often do I do one of those STD tests? It’s crazy. I hadn’t done the test in years… but it was all clear.

TB: Even if you do something that you don’t think will get you sick, you still feel like there’s a millimeter of a chance that something can happen, you know? That’s a way of coming face-to-face with your mortality. 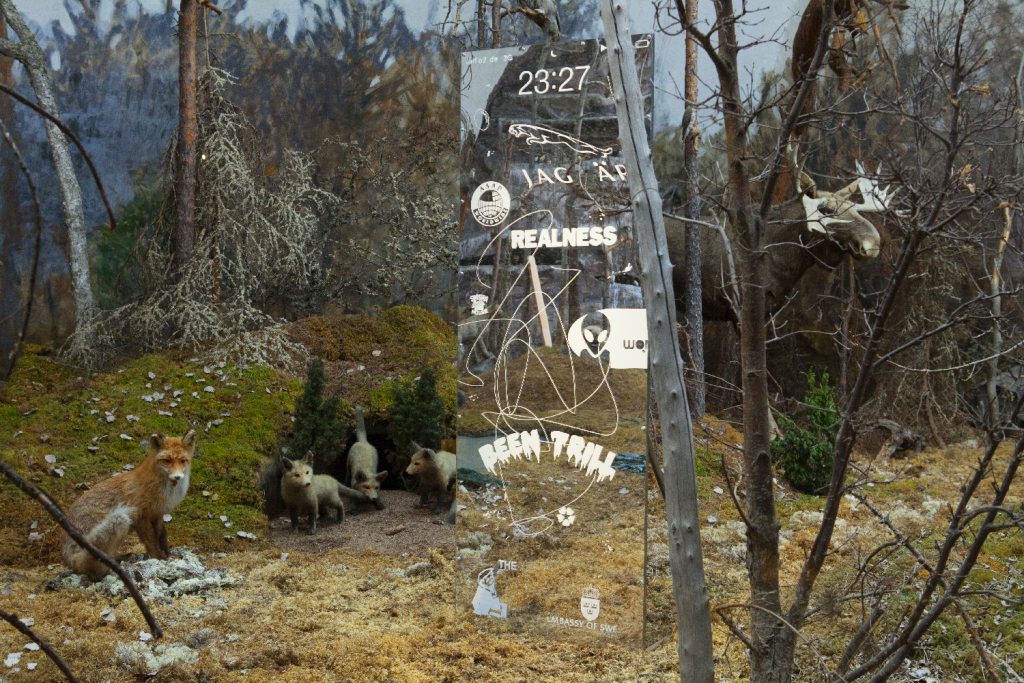 IK: I always go to gay clinics because they treat guys really well there, like “Here have a coffee first!” And it’s free almost. But… yeah TMI… [laughs] I heard rumors you were going to join the Hillary campaign? Is that an aspiration?

TB: Well, it’s definitely complicated. I find politics really interesting, as someone who is interested in the media. In the same way that all new technology is invented first by the military and then goes into consumer society, all forms of communication are first invented in politics and then they are adapted for magazines, art etc… this whole military-industrial complex of communication. 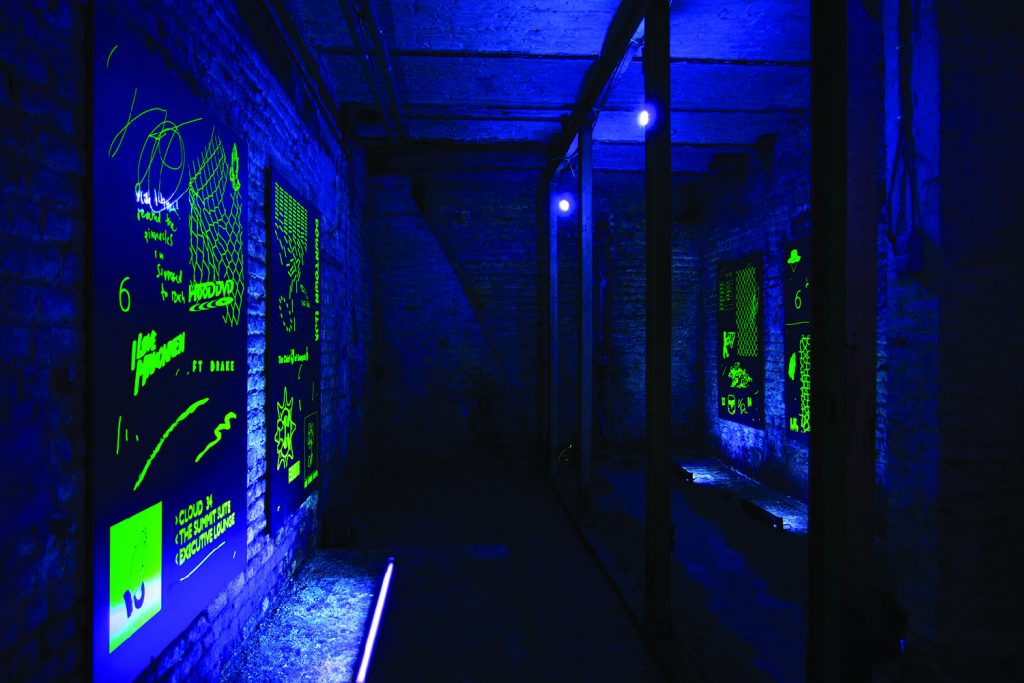 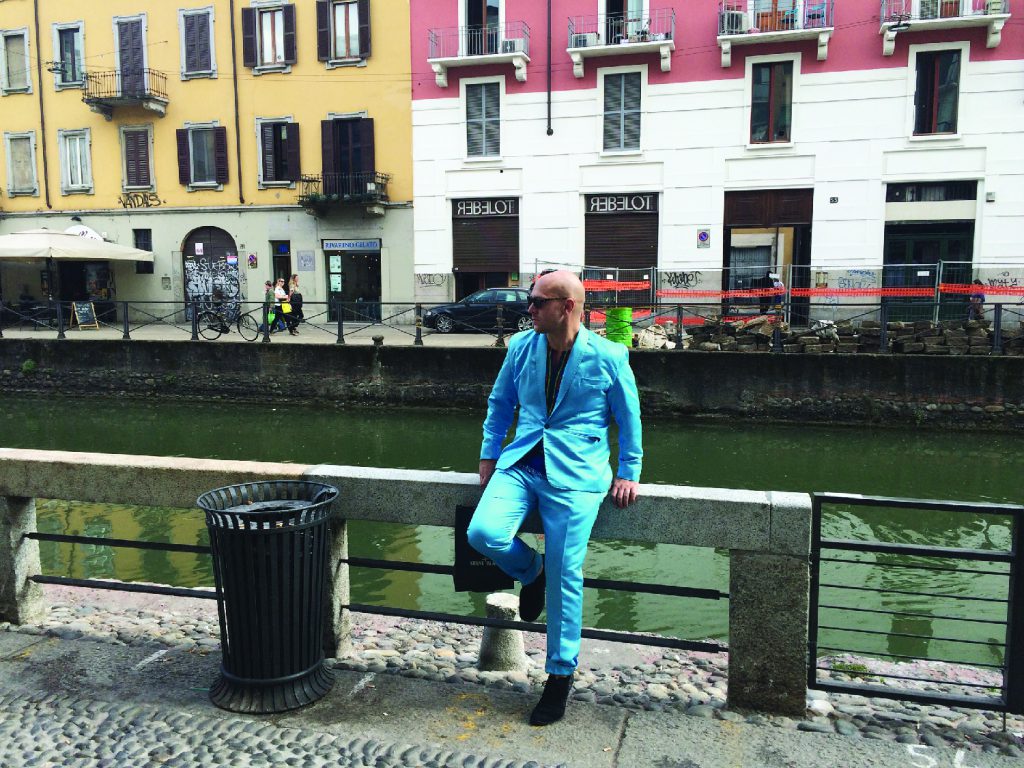 IK: But can you feel the Bern? That Berning sensation?

TB: I’ve been following the republican primaries a lot more actually because I find it so fascinating, the rhetoric going around, it’s such a freak show. Okay, lightning round!

IK: What’s a lightning round?

TB: A series a fast questions that you answer without thinking too much about it.

TB:Why would someone want a Birken bag versus your artwork?

IK: Because they are Claudia Schiffer.