After graduating from the RCA with an MA in design products, Chris first began to use 3D graphics as a simple tool to visualize ideas for furniture and products that he could not afford to produce. As 3D technology and hardware evolved, Chris saw an opportunity to explore CGI as a creative medium in itself with which he could subvert and twist familiar everyday things into new typographic and sculptural forms. Chris is interested in the intersection between typography, architecture, product design and visual art. 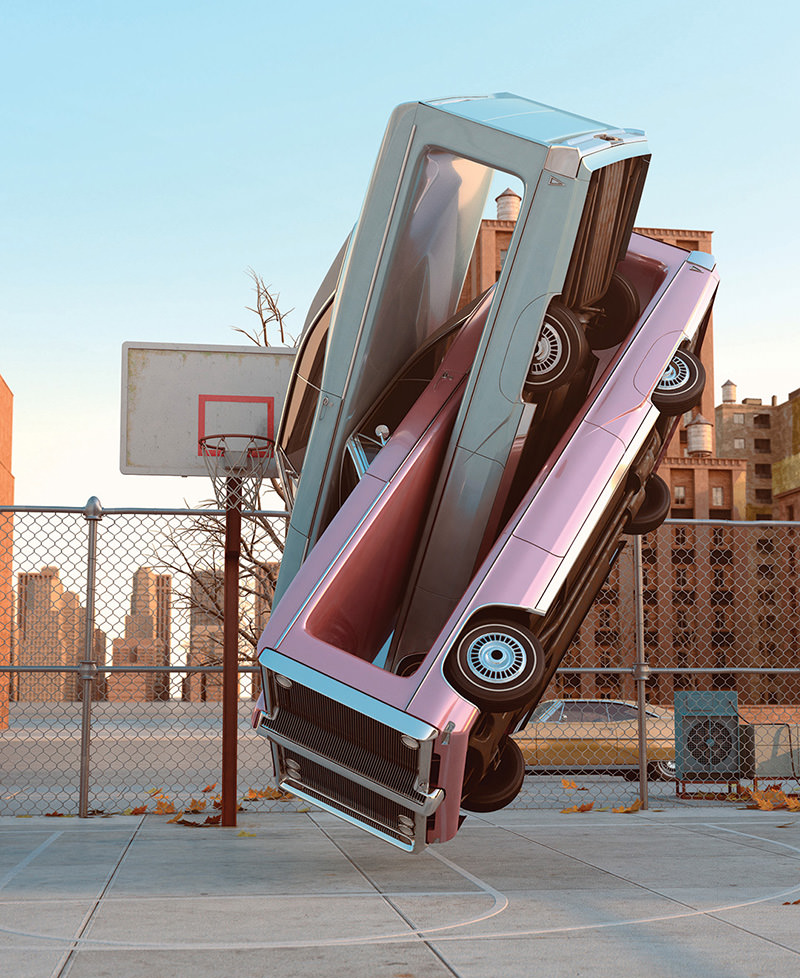 He has exhibited at the design museum in London and has been featured in many publications covering design, products, typography and illustration. Clients include Nike, Pringles, Transport for London, and Time magazine.

"Auto aerobics began life as a tiny idea for a project about New York. Walking through Brooklyn on a winter's evening is a truly memorable experience which motivated me to build a digital 3D model that captured the various details and
textures of this location. The Pontiac automobile was initially destined to be a prop parked on the sidewalk, however I later decided to make it a parallel subject of the series and started abstracting the cars' forms by hollowing out the vehicle's core, stretching the proportions, and experimenting with multiples which over time began to look extraordinary." 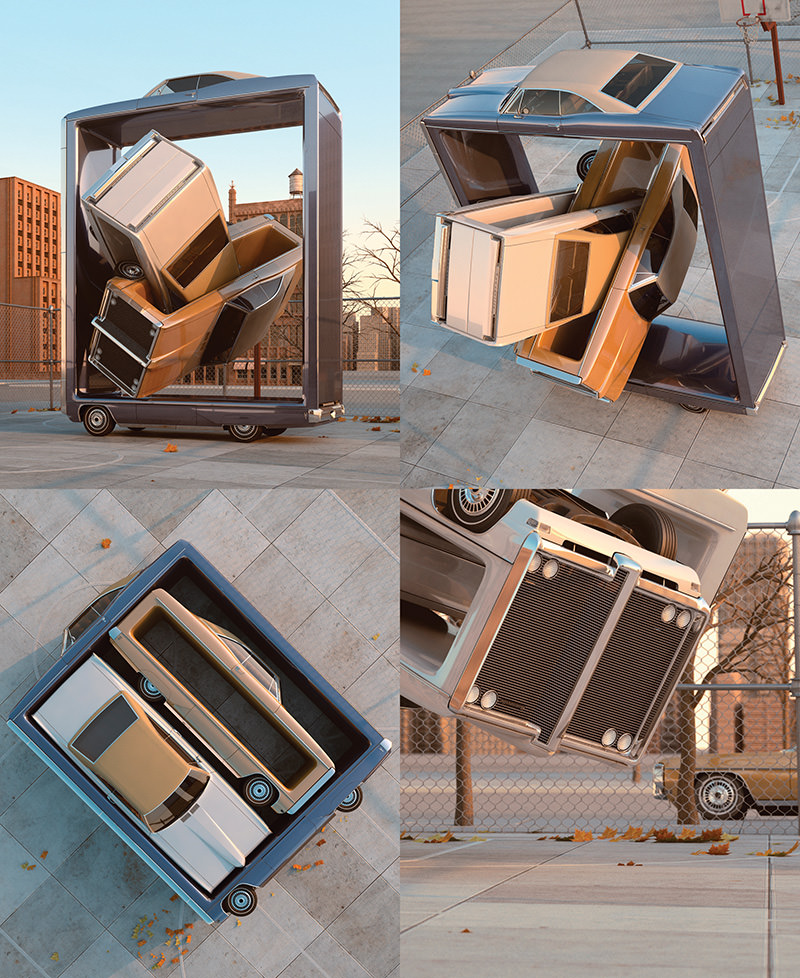