SES: Can you tell me about the new series of drawings you're working on? They look like they are made from stone.

AC: They originally started because for many years everything was visually taking place in my apartment where I work. I spent a lot of time there, so it started out with me just looking at my toilet floor for so many years. And I was like, "Aw. There's something there!"

SES: You just brought back a really fond memory for me. My great aunt was a sculptor, and once when we were at my cousin's wedding together, we went to the bathroom and from her stall she yelled, "Come in here! Come in here!" I ran in, and she pointed at the marble floor and said, "Look at these beautiful faces." She could trace out figures and faces in the marble.

AC: Yes, I guess a lot of people recognize that idea, that you look at something and then… that just became an obsession with me.

SES: Are you going deeper into the human form from a macro to micro level?

AC: Yeah. I don't really know where the drawings are going. I will show some drawings next year in Berlin at a gallery, but it's just me trying it out. Basically, I am a photographer. That's my background. This is another attempt to pretend I'm not a photographer.

SES: Now that you have started exploring new mediums do you think you may eventually leave photography behind?

AC: I actually just made a deal with a guy in Italy who manufactures sculptures. He owns a big stone factory so I'm going to make some sculptures from these, just getting into the process. It might not be something that I would do again, but it's just trying. I'm not interested in shooting pictures, really.

SES: So photography is a means to an end for you. What attracts you to depicting the human form rather than other types of photography?

AC: The whole sculptural process I started was an accident. I guess it was a way to do something that was abstract and had the sense of something that was familiar, but then not familiar. Basically, the human body relates to everyone. 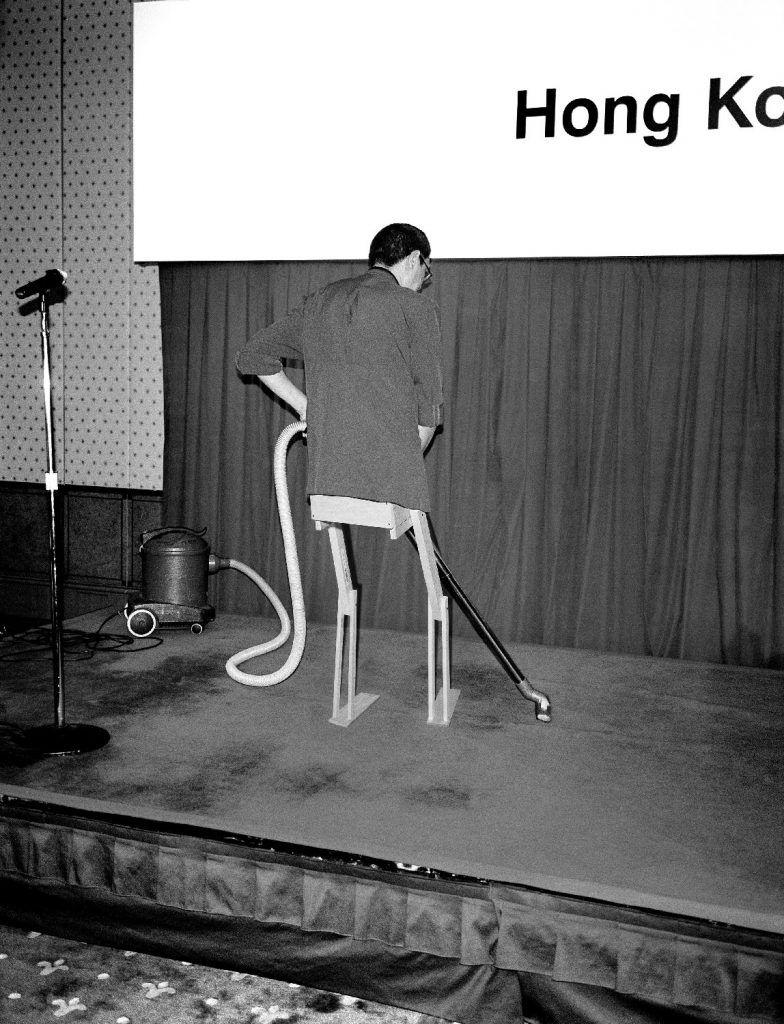 AC: We still do collaborate! So we have a book coming out, and we're going to do an exhibition together in Rome. I spent a lot of time with him in Rome.

AC: He is kind of quiet, I would say. He's very specific. He's not a big talker in that sense.

SES: What initially attracted you to pursue him?

SES: How does the collaboration work? Do you guys decide collectively what the photograph is going to look like, or do you just make something and send it to him? 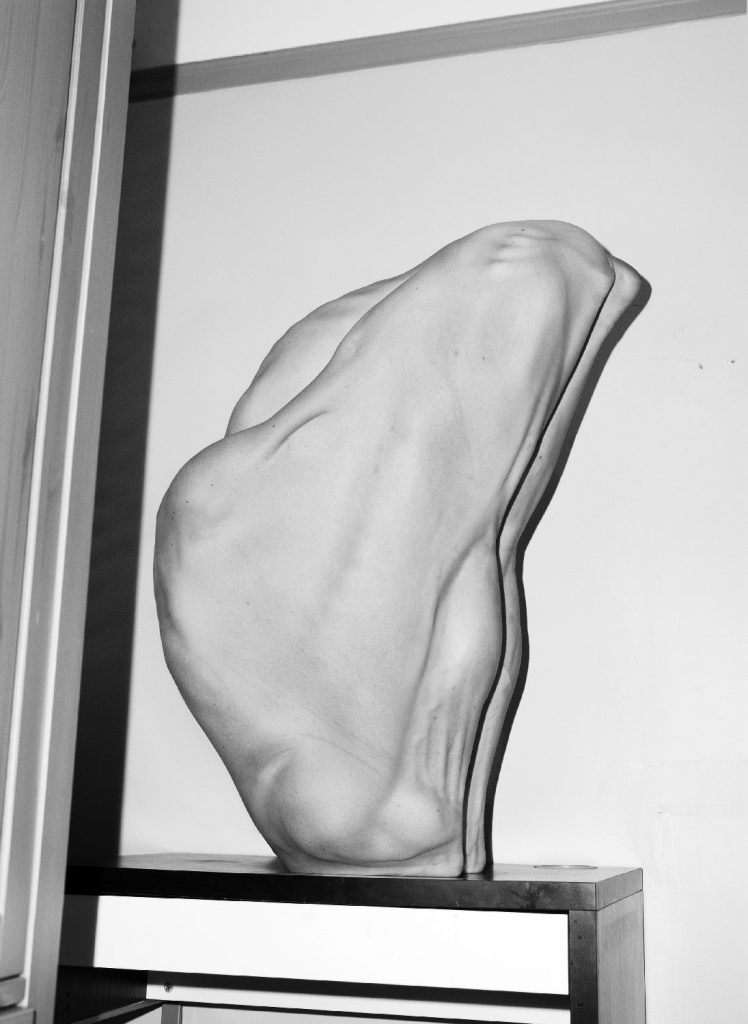 SES: Does he ever dislike what you send him?

AC: We have disagreements, but not many. There's some things he likes and I don't like, but ultimately, I think we have the same vision. He's just another generation, but the same vision.

SES: The ways in which our bodies function is such a mystery to most of us, and something we don't spend a lot of time thinking about unless we fall ill. Is your work sort of your way of rationalizing the body or breaking it down? Like these are just clumps of hair and folds of skin...

AC: When it comes to my own body, I'm very vain, so that I think about. I'm very concerned about my physical being, I would say, but I'm not really trying to depict humans in a specific way. I think a good story is something that's really complicated, but maybe doesn’t necessarily explain itself entirely. When I'm seeing something and it's something that I have to understand, I don't want to be told the story too fast.

SES: I find the series Hester very beautiful because it feels raw and emotional with a little bit of self disgust. How were you feeling when you created it? Does your work bring out an emotional state you are having at the time?

AC: Yeah. I think it's very emotional, and you can't make work all the time because if you're not in that state, you can't really... You can try to, but you don't succeed.

SES: What gets you there?

AC: I think it changes from day to day, how you feel about it. For me, it’s going to sound like a cliché, but it's figuring out myself, and I always have a lonely feeling a little bit, and I think the work comes sometimes from that place, of being an outsider. Which is, not all the time, though, a positive thing. 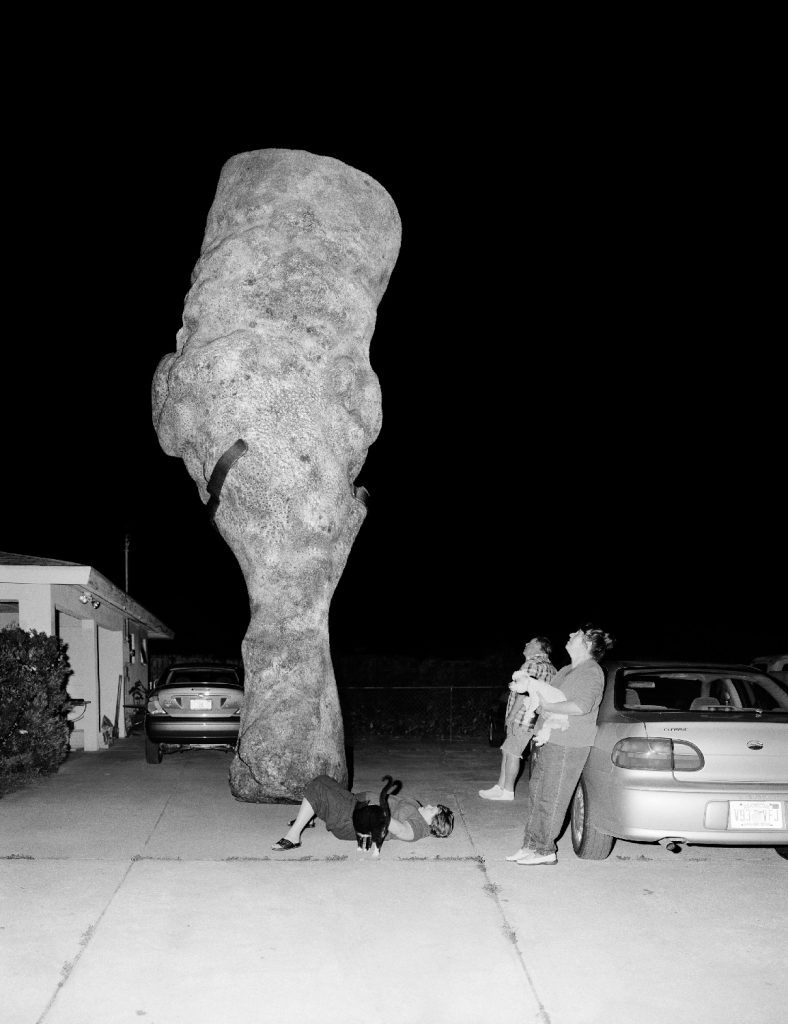 AC: It's also, maybe, accepting that you feel that way. You don't really belong to this or that. I think some days you're not even sure why you do things, but, ultimately, when you make something, if it works, it makes sense or gives a feeling of making sense. I'm not even sure that it's something that you can explain all the time, what it is, and why.

SES: When you look at a work after you make it can you still trace whose body parts they are?

AC: Some of them I forget how they were put together especially for Hester. I worked on that project for two and a half years, so I would just keep on learning something, and if it was something I did six months ago, I would have to go back, exploring it. I obtain knowledge about making sculptures in a way, or the laws around how you would put them together. It varies a lot, but I think there's some laws between how to make it work, and I want to, at least, try to see if I can put that into making something physical. 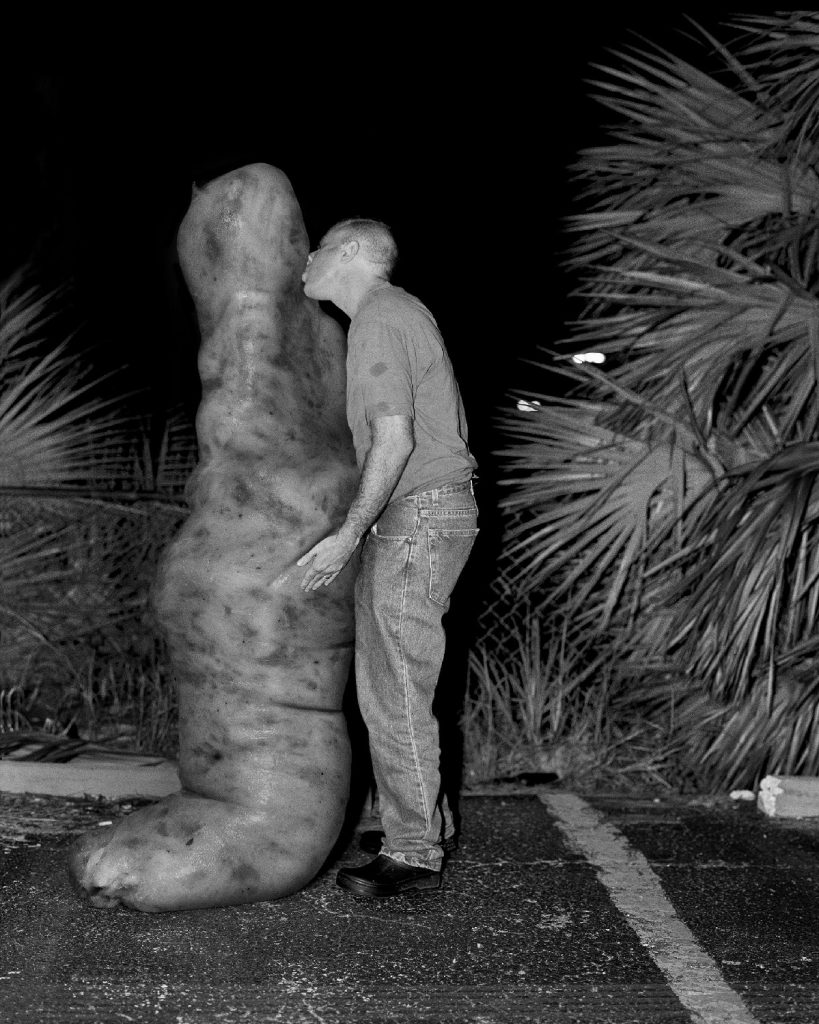 SES: The first time I saw your series Hester I was instantly reminded of the work of sculpture Berlinde De Bruyckere. Has she been an influence on you?

AC: I didn't know that work before I was way into making the Hester. I like it. Correct me if I'm wrong, but her work is maybe not as abstract sometimes…

SES: Yes, that's true. Sometimes her work is abstract, but for the most part, there is more of a sense of looking at a human form.

AC: I admire her work from a sculptural standpoint. I’m trying to figure out a way that I can bring it to that level.

SES: Speaking of another sculptor, I once read that Louise Bourgeois would get so obsessive when sculpting that she would have a hard time stopping, that her assistant would have to interject before she completely ruined it. Since you do such an intense editing process, I wonder how you know when it is time to stop editing the picture.

AC: Well, yeah. I completely have those experiences, a lot, but there's no one that stops me because I just work by myself. Usually I trust myself when it's done. It's done when it's perfect. 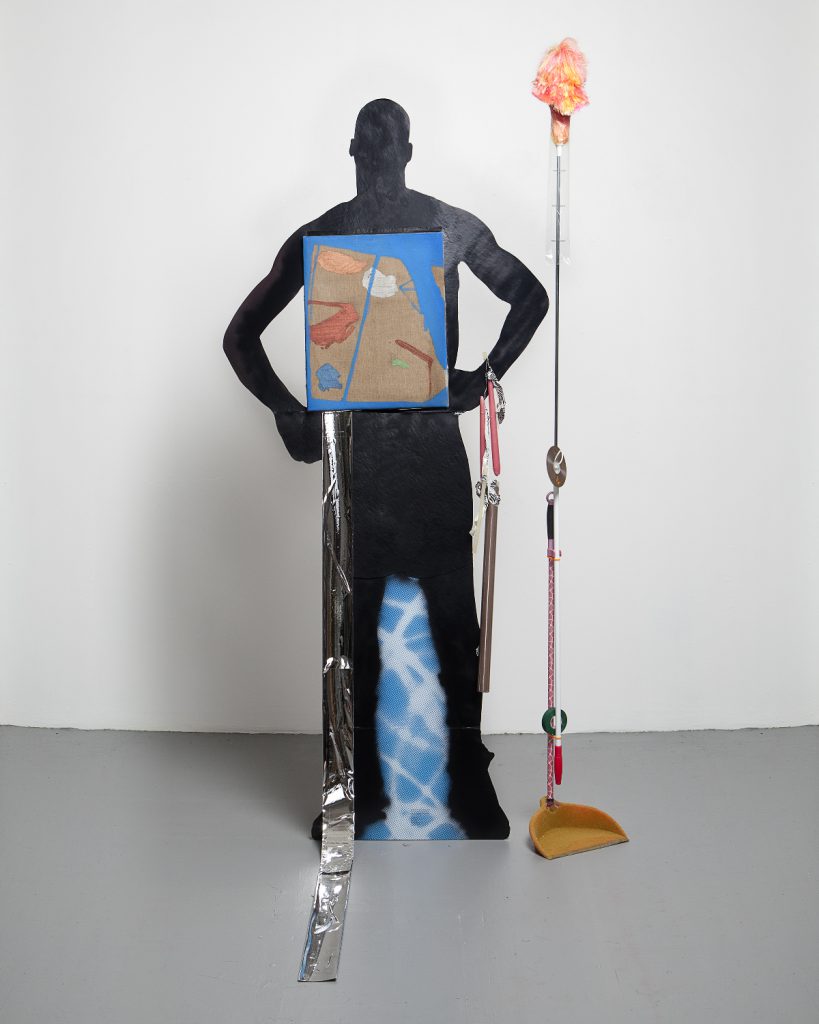 AC: The thing is, I didn't know how to make sculptures. I don't know. The whole thing happened, and this is a true story, when I was out running, I realized. I would mostly start with photographs I already had. I have this super knowledge about my pictures that I have on my computer. For the most part, I would be able to start working on an idea already before trying it sometimes. I can visualize them, this could go this way or that way. So I had this idea, I happened to have these pictures of a girl that I photographed naked for another idea I had that year. I just saw, what if you take this image, and you take another image, and you flip it around, and then you have this leg sticking up this way. I went home and I did that picture. That's how it started. Of course, it was a lot more work than I ever imagined. You have to find out if you can go this way or you can go that way. If you look at that, that's a good example, that thing (points to a misshapen fire cone), you have this object going this way and that way. You can go too far. Where it leaps over to something that's not believable. There's a lot of aesthetic and stylistic choices.

SES: It definitely takes a certain eye to know when it's not too much.

AC: Yeah. It's the difference between, maybe, Hollywood movies and European movies.

AC: Hollywood movies just tend to go overboard, where a European movie will be the same story but it will look completely different because it just keeps, scaling back a little bit, like the mind doesn't run off and become too much or too fantastic.

SES: What are you working on now?

SES: What is your greatest fear?

AC: My greatest fear? Where do I start? I was thinking about that the other day, but now I can't remember.

SES: For some reason I thought it was appropriate to ask. Just given your work. I think that some people look at your work and feel a little bit of fear, or disgust, even.

AC: Yes, people would feel that. I'm fine with that.

SES: If people feel disgust or fear from looking at something you create, I think that's actually really positive.

AC: Yeah. I mean they are just silly photographs that I made on my computer. When you strip it down, it's really simple.

What are my fears? I don't know. Human beings. There's no fear in using the Adobe Photoshop application. I don't have fear in that. I just thought that I wanted to eliminate fears.