Artist Ryan De La Hoz cuts, trims, and organizes the past and the present into one.
"Make everything as simple as possible but not simpler" are words to live by, and for Californian artist Ryan De La Hoz this is a steadfast mantra and one of his favorite quotes of all time. "I apply it in all sorts of ways to everyday life. As far as art making is concerned, I use it to consider when to stop working on a piece. I try to stay minimal. I think that what you leave out is equally important to what you include." 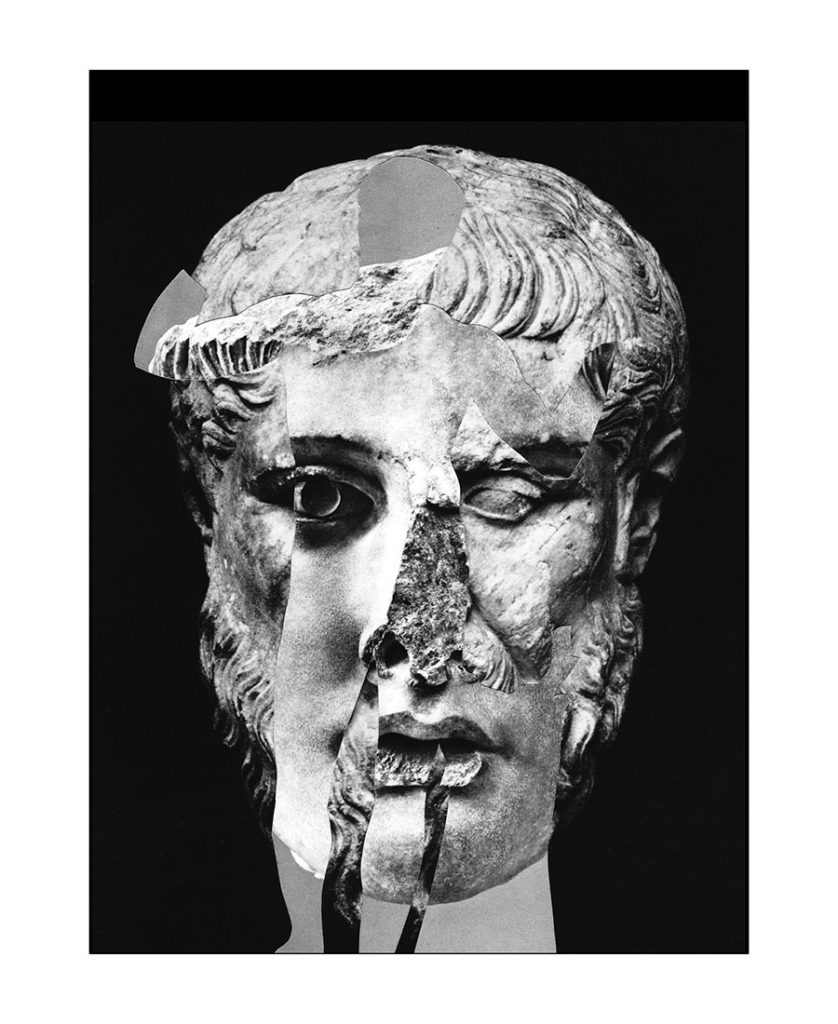 I met De La Hoz in San Francisco over burritos and a beer; a close friend and well-rounded art enthusiast Adam Cimino made it a point that we meet and in 2012, I felt like I was a little late to the party. Deep in his practice, he already had a small independent clothing line called CoolTry and was working at the Oakland Museum of Art, making it very clear early on that he would be dedicating a life of servitude to the arts. Over the past two years his career has begun to soar having a two-person show here in New York with Ed. Varie, a solo show in Los Angeles, another solo exhibition rapidly approaching this year in Seattle, and not to mention all of the Internet praise. He is humble and grateful as he rises to the challenge of taking on the art world.

In many ways De La Hoz is a traditional artist. He maintains a steady studio practice, a vital sensibility to the mark of the artist's hand, and keeps the use of technology to a bare minimum. Somewhat in opposition to this stance as an analog art maker, a wide range of materials and schools of thought, both non-traditional and modern, are drawn from to communicate his ideas. These materials, such as digitally printed fabrics, rugs, and puzzles, are used as a point of entry for the work. The puzzle, as a medium, although mass-produced, allows the assembler to connect individually with an image that they themselves did not create. This process of putting a puzzle together relates back to one of the earliest developmental skills we learn as humans, and as each piece is examined, tested, and eventually reunited with a congruous piece, the metaphor of working through the chaos of our lives eventually becomes apparent and clear. As we mature and develop, the puzzles we are able to navigate and accomplish get more complicated, as does life. De La Hoz balances out the chaos with clear, concise messages and noteworthy titles such as, THIS IS YOUR DOOM or FAULT LINE.
Always integrating appropriation into his work, whether it is from his memory or from the deconstruction of his current environment, he extracts symbolic objects from past and present as an expression of prior existence and as an iconoclastic means to open more expansive and omnipresent dialogue. De La Hoz uses this dialogue to dissect and redefine new and old ideas of our culture and humanity in general. Frequent homages from antiquity present themselves as iconic views of harmony, balance, masculinity, and classicism. His work references 5th Century BC Greek sculptor Polykleitos "The Elder," taking replicas of Diadoumenos and wrapping them in a battery-operated neon jump rope, effortlessly combining the then with the now. He deconstructs a commentary on self-image and the idea of the perfect being with a delicate sense of humor about modern society and rave culture. In other works, soft cotton fabric is custom-printed to mimic a marble slab, reshaping a classic material into a modern form in the same shape and dimensions of a bandana. The hand-sewn Americana patches express apathy, dissent, and fear of threatened selfhood at odds with a collective societal identity, transforming the piece into a realized and tangible version of the idea of waving your flag. 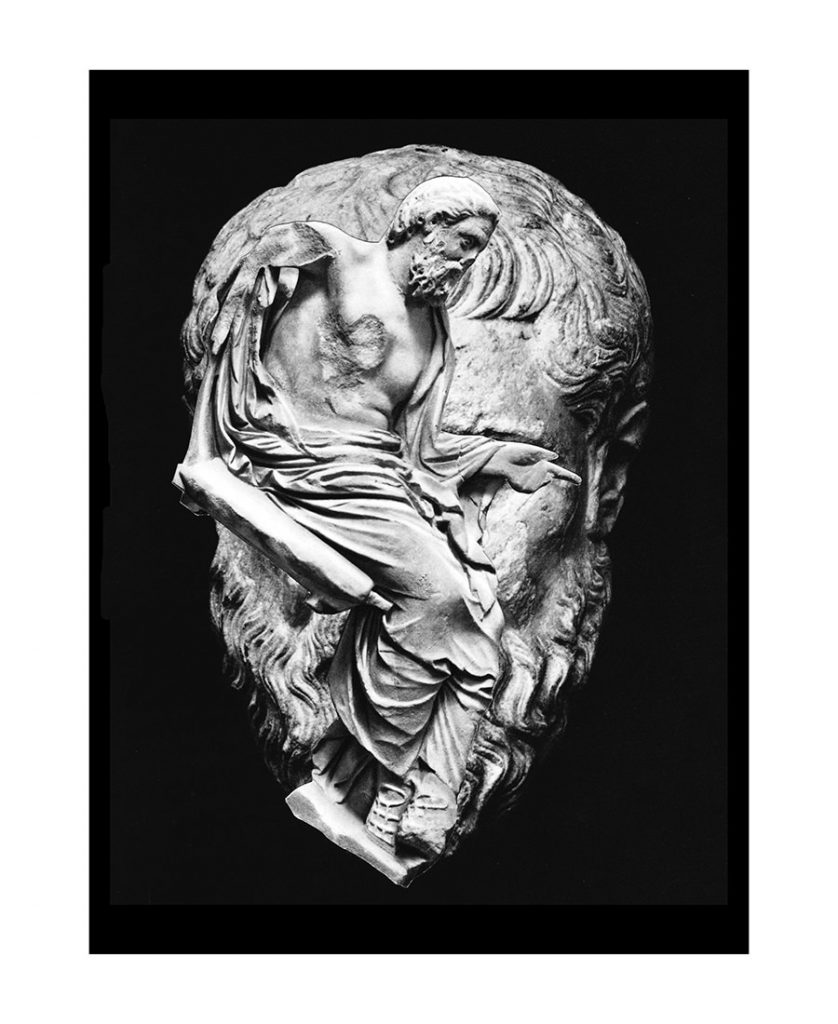 He is skilled with an almost uncanny ability to connect and modify fragments of what we are familiar with into something direct, deliberate, meaningful, and visually appealing. In response to an interview question posed about how and what major fragments play a role in his art, he responds, "My work constantly references a bit of destruction and isolation. Things are always in disarray. As far as 'life fragments' are concerned, I think of it as trying to connect all of these pieces in a state of disorder that is the world." While searching for ways to address disdain of capitalism, freedom from oppression, the depletion of natural resources, and the pursuit of happiness, the well-loved Americana tie-dye motif, an undeniable symbol of defiance of corporate culture, is borrowed and mated with oversized two dimensional images of ancient statue heads. The manipulations of antiquity point to the seriousness of the state of our union, as the contradictory tie-die border embraces the desire for change. The goal is all about finding the solution.

Method, symbols, and simplicity are key to De La Hoz’s work. With the graphic nature of his art, design programs would be a logical and time saving step in his process, but working in a traditional manner, pen to paper, blade to cutting mat, allows him a direct tactical relationship with his work, and to explore the variation and its imperfections. 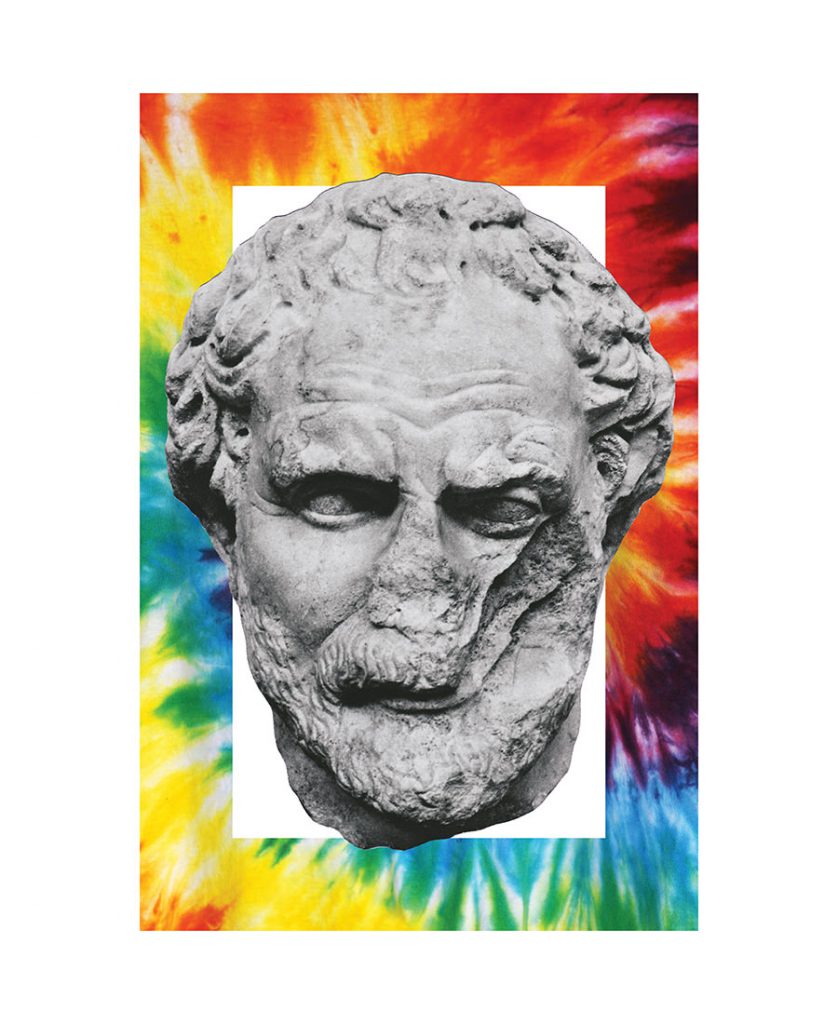 He has created a unique visual language of skeleton gloves, stark black platforms and ladders, magician and sorcerer hats. All these are forms and images that resurface time and time again representing the emotional force behind the experiment on any given day. He creates from pure emotion, and trial and error. Self-imposed and methodical repetition of his visual language has created an alphabet giving him a set of characters to draw from, but also offering an increasingly distinct voice to his work throughout the years of development.

De La Hoz looks to mentors and inspirational places such as his family home in the countryside in the Bay Area to continually remind himself to stay grounded and in the present. He remains an optimist even amid the impending chaos and frailty of life. Metamorphosis is a strong current throughout his work and is important to the process of his ideas and the messages he draws from the experiences both for himself and for the public. Balanced, expressive, and reassembled, De La Hoz has a way of making art for everyone, art for the masses from what he knows best, keeping it simple, but not simpler. 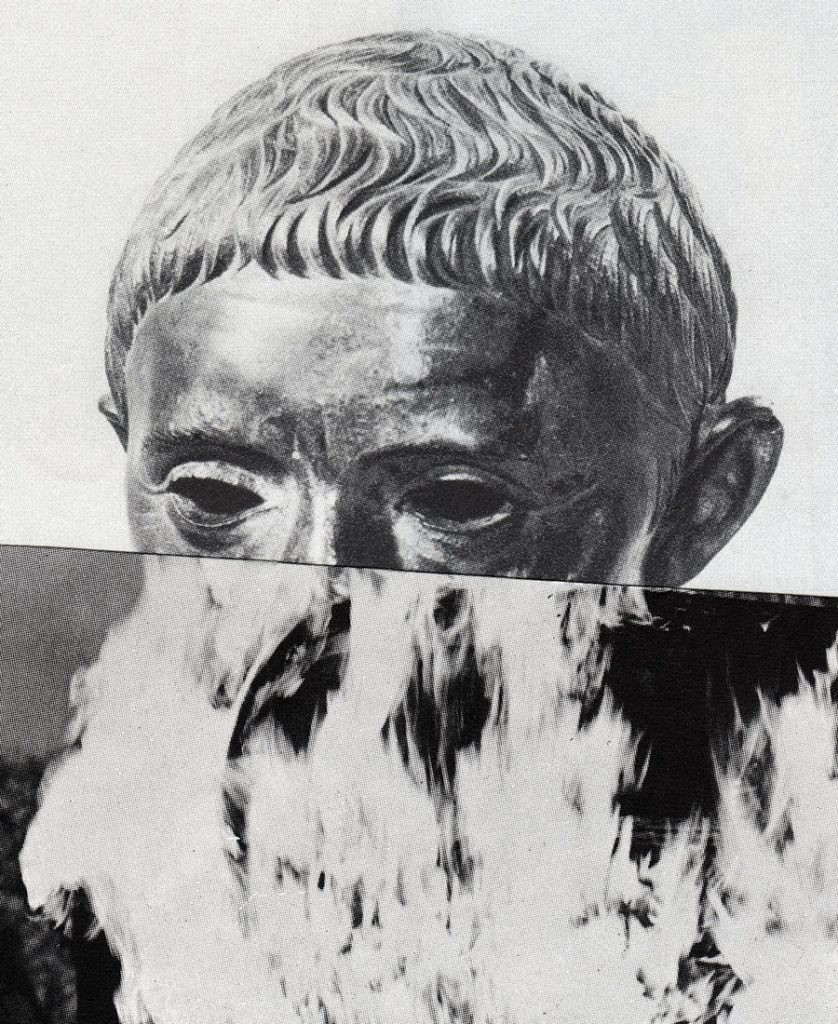 Patricia ruiz del Portal
"From Her to Eternity"