At first I could only look at the objects in Annie Ling’s photographs of Chinatown: cigarette butts, frayed sneakers, lines of damp clothing, plastic bags stuffed under beds. Then came the spaces themselves: red tenement doors, stacked shift beds, public housing halls. This was less difficult, led down fewer roads of inquiry, than confronting the bodies and faces of the people who inhabited these spaces, used those objects.

Eventually I moved to hands, backs of heads, turned shoulders. For all our hand-wringing about the truth in photographs, of their documentarian function, it is still far simpler to read histories and sociological reports and demographics of immigrant labor in Chinatown than it is to see the laborers themselves in their homes, in their daily lives.

It is an intimate, often violating, action to look upon anyone at home in an unstaged photograph. Compounded by the fundamental isolation of these spaces in Chinatown—their barriers of language, class, age, and race—make them almost too fragile for the camera. The deceptive frankness of Annie Ling’s photographs masks what trust and time they took to produce.

These are not photographs of the Lunar New Year Parade or curio shops, of ducks hanging in windows or the elderly playing chess in Columbus Park. These photographs prod into Chinatown’s lived, un-picturesque lives.

Like most compelling photographs, they raise more questions than they can answer. How did these faces come into such melancholy? How do these bodies settle into these spaces, some not large enough to accommodate an adult’s arms? What is our relation to them and their labor, in the restaurants and shops of Chinatown we frequent and adore?

In the safe space of a web browser or a gallery wall, we are allotted an emotional and physical distance. We can use them as a window into a history of diaspora and labor that stretch back into the 19th century, when Chinatown was conceived from bachelors moving east after their labor was no longer needed in the great railroads and mines of the west. These stone buildings have offered a rough haven for generations of immigrant workers from China since. The living quarters of many of the tenements in the neighborhood—some of the oldest in the city—have not changed much in those 150 years.

And the temptation is to be shocked. But, to cut against the way images like these are often discussed: I do not think it is the responsibility of these photographs to, in themselves, provoke the viewer into action. This is a myth of photography that doesn’t help either the photographs or the viewer.

Indeed, we should beware the uninformed response: after seeing a sensationalist CNN report on the flophouse residence at 81 Bowery (a major subject for Ling), one concerned citizen made a phone call to the FDNY that led to the tenants’ eviction. CAAAV Organizing Asian Communities stepped in immediately to ensure the tenants’ return, but the brute callousness of that call, and the city’s willingness to displace them, showed that they thought of the tenants as abstract objects living against fire code rather than people who had crafted homes out of the bare essentials offered them.

Annie Ling’s photographs, as with any compassionate account of spare livelihood, act not as truths-in-themselves, but as mediums. That is, Ling, with her skills and with the advantage of institutional backing and a camera and the time it takes to create such images, helps build our capacities to think these conditions through. The photographs challenge us to resist our temptation to moralize, to condemn, to be outraged; rather, they offer a simple acknowledgement of what is. 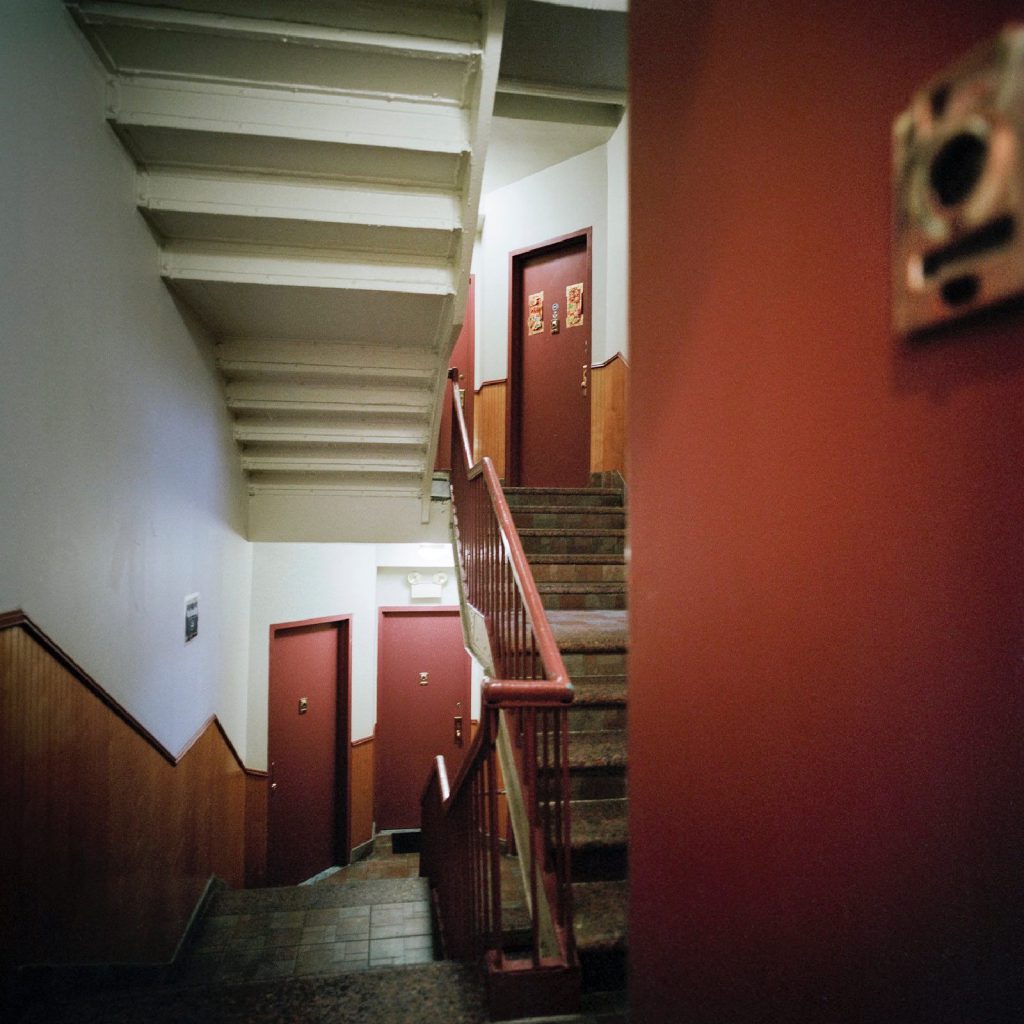