Destroy All Movies
"The Complete Guide to Punks on Film"

AC: So, you hunted down every single on-screen appearance of a punk or new waver in the 20th century: Can you briefly differentiate the two?

DAM: Well, for the most part, both had their on-screen depictions marred by stereotypes and generalizations. In movies, new wave was characterized by garish fashion and socializing, while punks were driven by rage and rebellion. Punks were often shown to be something less than human. From Hollywood's perspective, a new wave character is more likely to be able to hold down a job than a punk.

AC: Where can you find the first on-screen appearance of a punk and of a new waver?

DAM: The earliest punks on film were of course in documentaries, before narrative movies caught on to the movement. Ivan Kral and Amos Poe made a doc in 1976 called The Blank Generation, which was unrelated to the 1980 film of the same name even though both of them feature Richard Hell. The first fictional film to feature punks and new wavers was a porn movie! It was actually titled Punk Rock, and directed by Carter Stevens, who had no interest in punk at all, but was dating a girl who lived above one of the clubs where those types of bands performed. The music groups are featured playing on stage in the movie, in between severely unappealing sex scenes.

AC: Can you elaborate a little on how you ended up with the title “Destroy All Movies!!!”?

DAM: There was an incredible LA punk band called The Weirdos who released a late '70s single called "Destroy All Music." Zack always thought this was a great title, just as it worked well for the Godzilla movie Destroy All Monsters. Plus destruction is one of the fundamental building blocks (or wrecking balls) of punk. 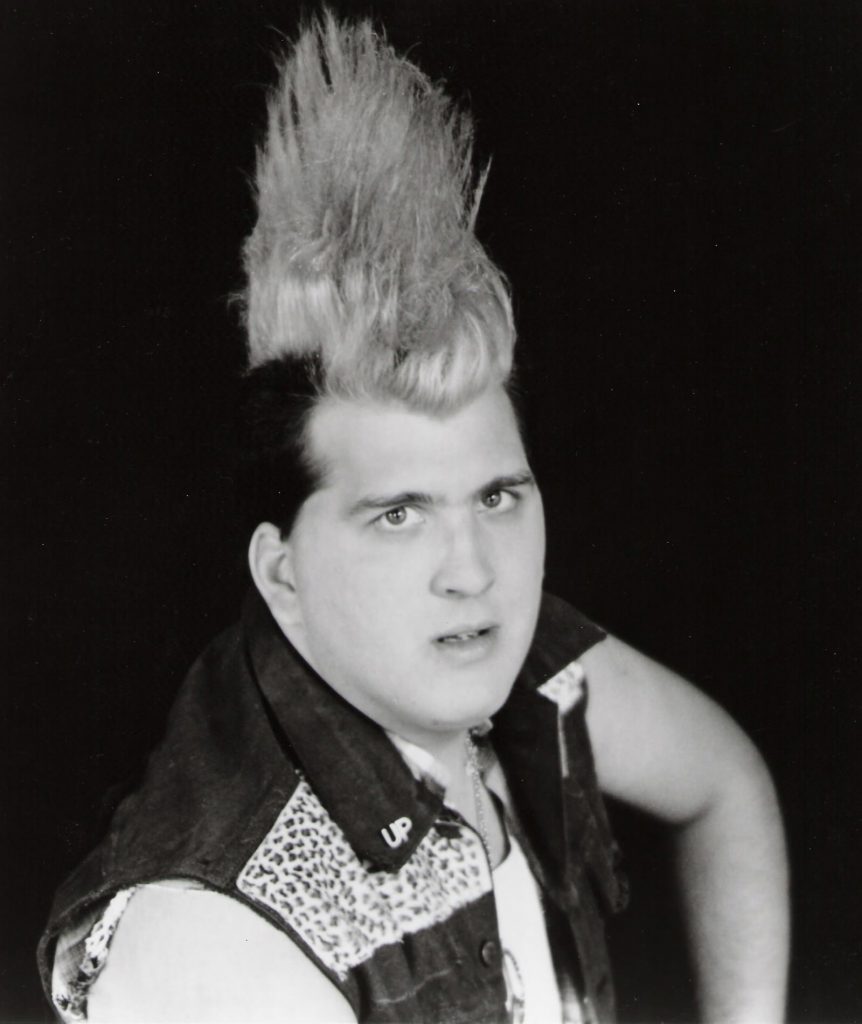 AC: How wide was your research period and when did you feel you had to stop researching and start finalizing the book?

DAM: We researched heavily for seven straight years. By that point, we'd exhausted the collections of several video stores, including the largest film collection in the world (Scarecrow Video in Seattle). We'd also bought hundreds of video tapes, DVDs, bootlegs, and everything else, plus had our more technologically inclined friends hunting down films that had never been released on video.

Once we'd gotten involved with Fantagraphics Books, they said they wanted the manuscript within a year, so we spent that time aggressively getting interviews and putting everything together. Just proofreading this thing took weeks and made us feel like we'd lost our minds.

AC: Can you explain the difficulty in pinpointing the criteria for your research and sticking with it?

DAM: This was really one of the easiest parts. We set the criteria before we started: Any time a character was clearly intended to be a punk or new waver by the filmmakers, they're in. I mean, there are plenty of arguable background characters, where one viewer may assume someone's a biker, while to another, he's a hardcore punk type. But we basically leaned on our judgment. We're not saying we're the arbiters of what punk is, but we did think we got pretty good at picking up on intended indicators. There had to be some factors that separated the character from metalheads, or the type of guys that roamed the sidewalks in Michael Jackson's "Beat It" video. 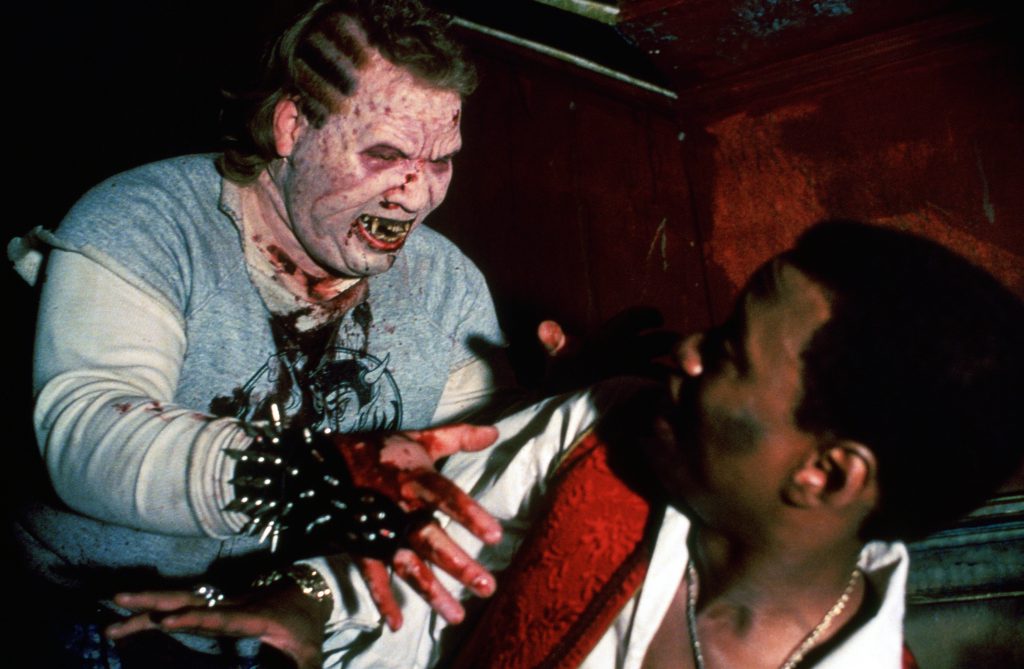 AC: You’ve mentioned that some films didn’t meet your criteria—for example, films with punk aesthetics but no punks. Can you elaborate on what you consider punk aesthetic?

DAM: This comes back to a single example that has wrongfully haunted us since the book was released: the Alex Cox movie Straight to Hell. It's a fun feature. It's made by a filmmaker who liked punk music. It stars actors who had been in punk bands. BUT... there are NO PUNK CHARACTERS in the movie. Dozens of whiners wrote to us or commented online about what a travesty it was that we omitted that film, or Over the Edge, or even The Warriors. The fact is that these movies featured chaos, wildness, and rebellion... all of which existed centuries before the term "punk rock" was even coined.

Sure, there's such a thing as a punk aesthetic. But that's something that's so intangible and arguable that it would have ruined the focus of the entire project if we tried to broaden our scope to include it. So we chose to stick to the human side of punk. Or, in the case of the movie Elvira: Mistress of the Dark, the dog side of punk.

AC: What was the most surprising on-screen appearance of a punk or new waver?

DAM: Bryan's most shocking punk discovery happened completely by accident. He'd been scanning through potential punk movies for countless months, allowing himself no time for recreation or regular entertainment. Finally, he hit a mental wall and had to take a damn break. He went to the video store and deliberately rented the least likely movie to contain a punk: Booty Call. He settled down on the couch, and there, in a late '90s African-American boner comedy, were two punks who seemed to exist only to ruin Bryan's sanity. He called Zack in a rage. Since the publication of the book, we were shocked to learn that the closing scene of the southern drama Steel Magnolias features a punk giving a motorcycle ride to the Easter bunny. This will be in the book's updated edition.

AC: What are some of your favorite instances of films in which a punk or new waver appears?

DAM: Penelope Spheeris's 1983 movie Suburbia is our favorite serious depiction of punks. It's Zack's favorite movie of all time, and one of the major inspirations for the whole book in the first place. On the other end is Surf II, which features punks as garbage-eating, animalistic scumturds. They shove their heads through walls and make hog noises instead of talking. In the middle you have punk exploitation like the great Class of 1984, where the punks are human, but the worst kind. No values, no morals, no future.

AC: In what ways (I imagine many) did you find this cultural movement to have been wronged?

DAM: At worst, punk was wronged by the late '90s films that melded it with grunge culture and virtual reality and robbed the movement of its impact. But the BEST (and definitely most entertaining) wrongings were in movies like Joysticks or Star Trek IV, where punks appear as wild caricatures and flip their middle fingers at authority figures. Our favorite of these is from the straight-to-VHS comedy Traxx, where a drooling, illiterate punk wearing a diaper and an arrow through his head has a friendly conversation with the lead character. The punk's body is "tattooed" with marker drawings of skulls and red lips. We love this man. 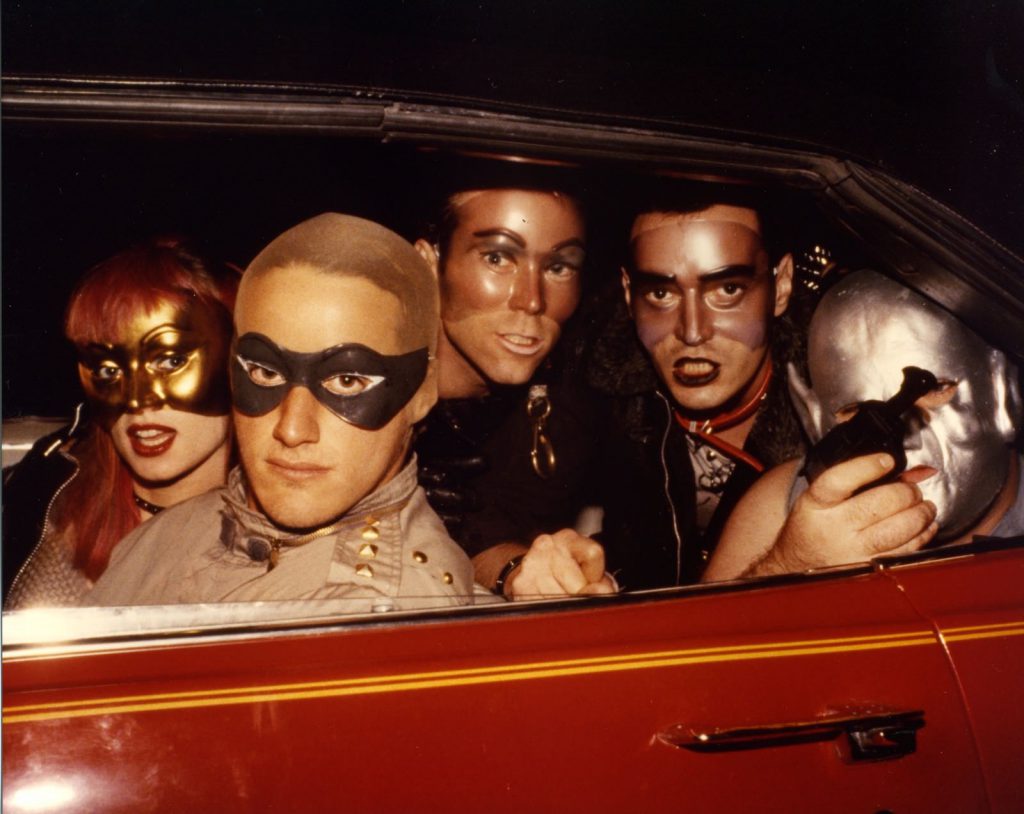 AC: How did you consider appearances that were entirely based on punk fashion/attire? Can Enid Coleslaw (Ghost World) be considered a punk (in the film she dons an “1977 original punk rock look”)?

DAM: We did include those types of characters. Even regular folks who dressed up in punk or new wave gear for a Halloween party in a movie. Because in all of these cases, punk culture IS being depicted, even if the characters are misappropriating it. In many cases, it's more perversely amusing to see someone doing it wrong (like in Back to the Beach) than getting it right (as in Some Kind of Wonderful).

Your example is a good one. Enid in Ghost World is a wayward, empty teenager in a vain search for identity, so she temporarily adopts her version of punk. And that's the same thing many people did in real life. If Ghost World had been made before the book's 2000 A.D. cut-off point, we would have had to include it.

AC: What were the best and worst parts of your research and putting the book together?

DAM: The best part of the experience was discovering unseen treasures of '80s video. The worst was mining the sewage-choked misery of '90s indie cinema. Hal Hartley, you stink.

AC: How happy were you with the finished product?

DAM: Outrageously happy. A huge amount of the credit goes to the heroics of the book's talented designer Jacob Covey, who had never tackled a book project this long and never even cared about punk rock. In fact, both of the owners of Fantagraphics Books—Gary Groth and the late Kim Thompson—had no interest in punk either. It's a miracle that they even released the thing. But they stuck with it and allowed us to make it as wild as we wanted, with the neon pink and color pages and everything. We're sure they'll regret it someday. 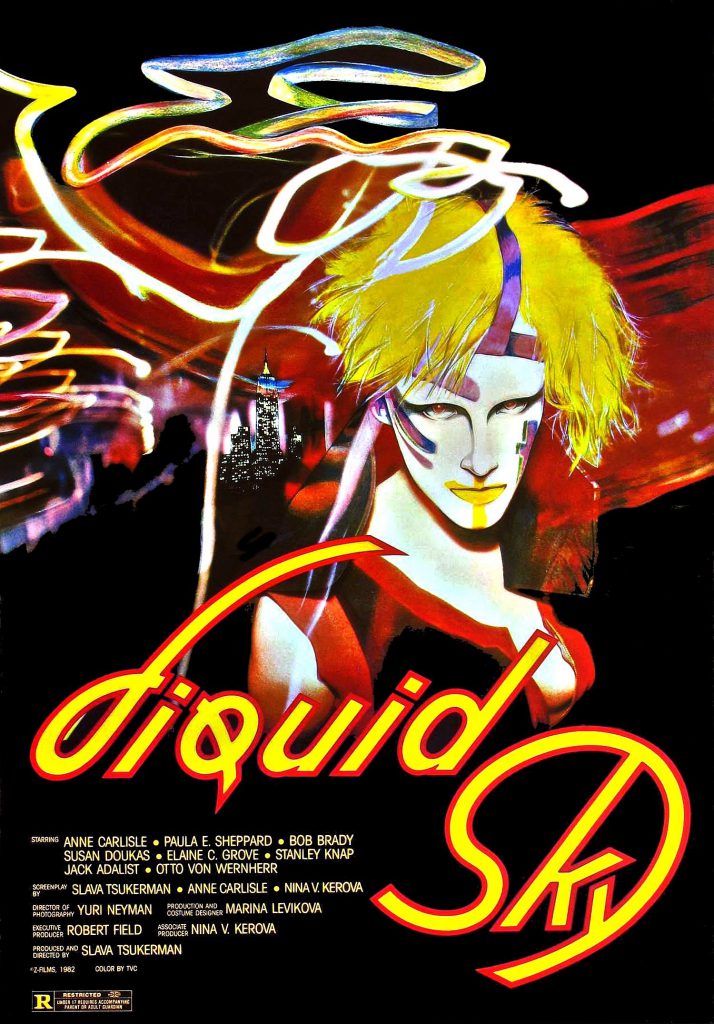