CANADA is an audiovisual company founded in 2008 by filmmakers Luis Cervero, Nicolás Méndez and Lope Serrano, with the aim of producing work your way. They have been growing exponentially, as personal work combining advertising commissions. They have been gaining worldwide recognition, especially for music videos for bands like Justice, Holy Ghost, Oh Land, El Guincho, Scissor Sisters, The Vaccines and Battles. These are carefully constructed, adjusting multiple devices and components under an exquisite art direction. All opulent work, like variants of a very compelling universe in which — and depending on each piece — a recurring iconography unfolds. They weave elements of 70s soft porn with characteristics of 80s science fiction cinema as well as references to surreal film directors like Luis Buñuel. Among their personal works are the Screen Tests, Short videos three minutes and 23 seconds long — the duration of a single cartridge of Super 8 film — with a total absence of ornament and sound. In these films, the subject is asked to “do nothing in particular.” Traditionally, screen tests are made for casting potential players. The “Canadians” relate these tests to Warhol’s Factory famous screen tests, shot in the mid 60’s to typologize the different fauna that inhabited the Factory. 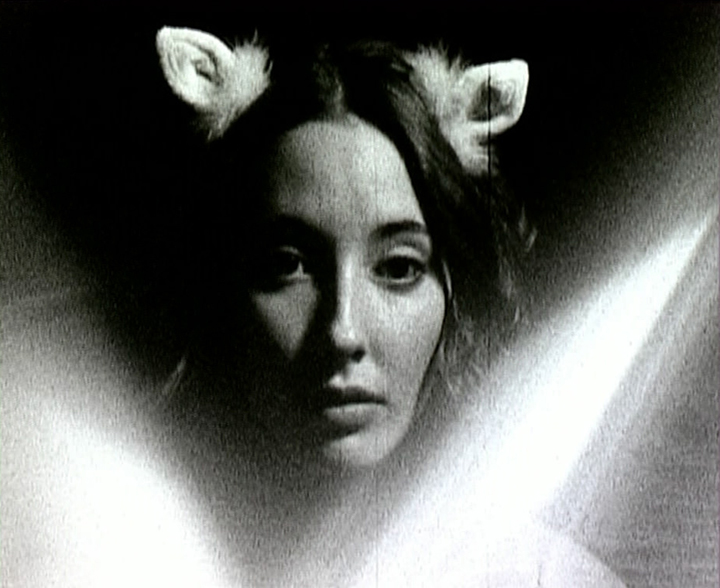 We Canadians have always shared the idea that seeing someone do something right is enough. Enough in an aesthetic sense, I mean. Skill in itself is beautiful...although this kind of statement can be problematic if not clarified. At any rate, the Screen Tests have to do with this lethargic and romantic sentiment. With the additional twist that the girls are asked to do nothing in particular during the filming. Lethargy wins over romanticism, it seems. On the other hand, to ask someone being filmed to do nothing in particular is almost a taboo, and that in itself is sweet, and good. With nothing specific to do, the three minutes and twenty-three seconds that it takes to film an S8 cartridge become an almost abstract and paradoxically silent interrogation. It's not that we like this sadistic part of the process, on the contrary...but it is true that a camera, with its noise and appearance that ring more of weapon than video camera, can intimidate. And speaking of intimacies, it occurs to me that what is most lovely about the Screen Tests is that they rescue and offer intimacy. I am not talking about the intimacy and excitement of surrender. No. I mean the banal and insignificant intimacy that occurs between someone and their reflection, that dead zone of day to day storytelling that is self contemplation. In the end, all this sounds a bit pompous. Let's just say this, and call it a day: Using celluloid film to photograph a face looking for a reflection that is nowhere to be found for three and a half minutes, without edits or audio, seems to be, for me, the sexiest and most primitive way of telling the truth. Now romanticism is winning over lethargy, I see…(Lope Serrano) 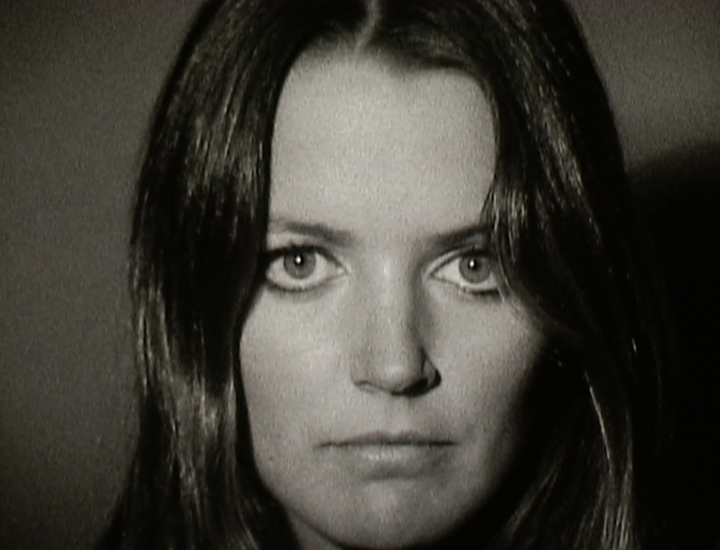 A. The three founders: how did you guys meet and how did you have the idea to create this film collective?
C. We worked individually under the kingdom of the evil spirits. It was a time of cold, illness and suffering. It was a terrible night, the clouds of darkness were hanging upon us, so we had to seek refuge to stay alive. We all entered a bar and started drinking. After a few fights, when the bar closed, everybody left and went with their families. That's when I saw them. Luis was wearing a skirt, he's knees all covered in blood. Lope had no teeth. The three of us stayed by the door, nowhere to go. We had no money and it was so fucking cold that we stayed together. The next morning we looked for a church and got married. That's what I remember.

A. Where does the name CANADA come from? Why did you decide that you wanted to sign all your work under this common name?
C. We were trying to look for a name that worked internationally and that somehow represented the three of us. CANADA has three syllables with a common letter and a different one, which we thought was a good visual representation of the things we do and the way we think, which has many things in common but also some differences. We also like the country in many ways. It's very large and wild and has beautiful landscapes and animals, but it's also civilized. It represents both the american and french cultures which we love and, the most important, the government of Canada got in touch with us to pay us A LOT of money if we used this name. We agreed and now we are rich. 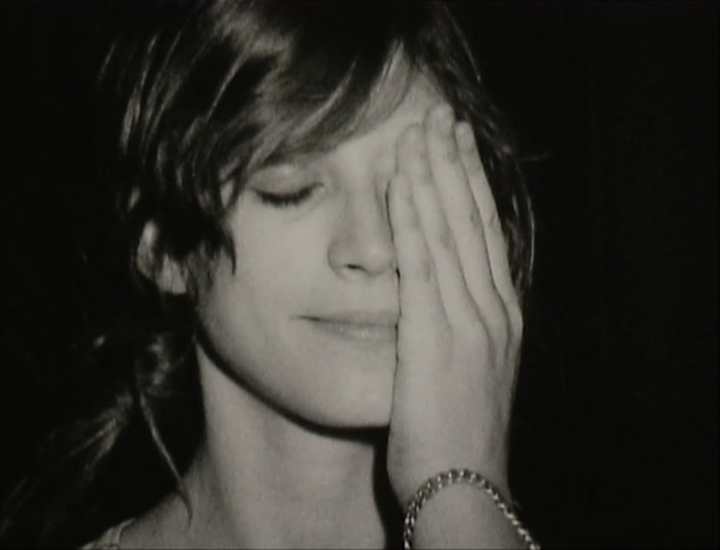 A. How did working with Partizan came about and how did that change the way you did business?
C. They got in contact with us through a message in our Vimeo. It changed the way we did business because until then, we where just throwing money away. Now, we lose much larger amounts. We have an incredibly stupid attitude towards money. Business is definitely not our thing.

A. Were you divided into doing international videos for unknown clients with bigger budgets and staying involved with the clients from your own city and country?
C. No. We kept on working with everyone, as long as we liked the project.

A. How important is your link to Barcelona and did it change due to international coveting and exposure?
C. Barcelona is very important for us because it provides us with light, gas and water. We all live here and work with people that work and live here. We created our bonds here. We got married and had kids here. We have families here and plan on living here for a long time. We have our bank accounts in local banks and buy our food in local supermarkets.

A. Do you try to keep in touch with the music scene from Barcelona? What is it like?
C. We try to keep in touch but we can't because everything is always very late at night. Even though, we have a small record company (fuck yeah), and we publish records for friends that rise early. If you are an early bird musician, send us your demo!

A. You’ve (Luis Cervero for Surface to Air) mentioned before that the big international jump came with El Guincho’s Bombay. How did that collaboration come about? What did you enjoy about? Was it a super low cost video?
C. Lope knew Pablo Diaz-Reixa (El Guincho) from before and they where planning on doing a music video for his upcoming album POP NEGRO. We met him and committed to do a music video for him, not different from the music videos we did for other spanish bands. Yes, as always , they had very little money, but once we start working it's difficult to stop us. We want it to be better and better. Nobody knew his exposure was going to bring us ours the way it did.

A. Between music videos, films and commercials, which area allows for more creative freedom and which do you enjoy more working with?
C. We haven't tried films yet. In commercials there's not freedom. We can work mostly on the execution, but never on the idea, which comes from the agency. In music videos it's the opposite. Most of the times we can do whatever we want but there's no money to execute the way we wish. The label usually gives us freedom instead of money.

A. When “New Lands” came about was it exciting? Were you afraid of the responsibility that comes with big exposure and big budgets?
C. It was very exciting because the track and the band were great. Anyway, I think there's more fear coming from the respect you feel for the band and the track, rather than from the exposure. We had exposure issues before. The budget was very little and only grew as the idea for the video got bigger and bigger. As this was happening, we saw how the office got packed with a very implicated crew that got involved in the project in an impressive way. We started to feel very responsible for this large amount of people that worked and helped so much in the video. These are the people you don't want to let down. 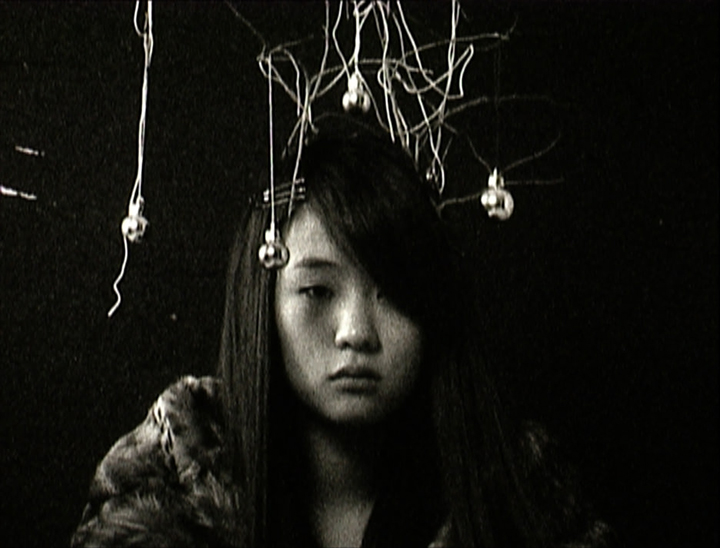 A. Was it a tightly controlled shoot? How do you deal with the dichotomy of tight control and happy accidents?
C. It was supposed to be very controlled, yes. This was not a "happy accident" kind of project. Every accident in a shoot like this, with so many people involved, with stunts, with so many shots to accomplish, is not happy at all. We love projects that allow you to wait for the accidents to happen, but this was not the case. There was a very tight narrative and a storyboard to follow and it was painful if something didn't come out right.

A. Where do ideas begin and how important is it for you to maintain the process collaborative?
C. Depends on the project. In a music video usually comes from a chat with the band. They talk about the reasons of the song and that gives us the first hint, a path to follow to find the idea. We search everywhere for ideas, but mostly in the Larousse Encyclopedia of Ideas For Things, which we found in a flea market in London and it's totally amazing. It saved our lives a million times. It's full of wonderful Ideas! Collaboration is vital in a process like this. Is good to listen to everyone, you never know.

A. In a world of digital filmmaking, why does film and analogue technology still hold you loyalty? Do you feel the results are more like the “real deal”?
C. I don't like to praise film against digital. There are amazing DOPs an directors that use digital wonderfully. It's just that we don't know how to use digital. I guess there is an edge in the rank of digital that maybe touches the edge of 35 mm latitude possibilities but there's a whole lot that there's impossible for digital to come close. Anyway, everything feels better when we use film. It has a magic touch.

A. Is your work heavy on post-production? How does that interfere (if at all) with your love for the analogue?
C. It does not interfere at all.

A. Does it worry you the new way of rendering visuals and the sensibilities of creative people?
C. We see there's a short consuming attitude in the new generations that is a little scary. Everything is so accessible that there is no effort involved in a quest. At least, not as before. I'm not sure if this is good or not.

A. Do you believe there has been a shift in what people find appealing and beautiful?
C. That's alway changing, but where is the shift? I don't know. When I was 16 people liked Vanilla Ice.

A. Is there still room for a messy, imperfect kind of beauty?
C. Of course man. We have a room in CANADA strictly for that.

A. How would you define your aesthetics? You seem to be known from a cleanaesthetic, but also for appealing shots and things not seen before, like girls liking furniture or eating ice cream in a bath tub.
C. I don't know. We try to shoot what we like to see.

A. What was your most elaborate project?
C. Justice "New-Lands"

A. What would your ideal project be like?
C. A long term music TV show with loads of money.