Korakrit Arunanondchai is one of the most mind refreshing young artists working in Nyc at this moment. With an impeccable artistic formation and a growing exhibition perspective he is exploring an audacious connection between his Thai roots and his career as a Western artist. In his works the boundaries between performance and work of art or physical and streaming perception are blurred and difussed and experience is highlighted as a path between and beyond cultures. 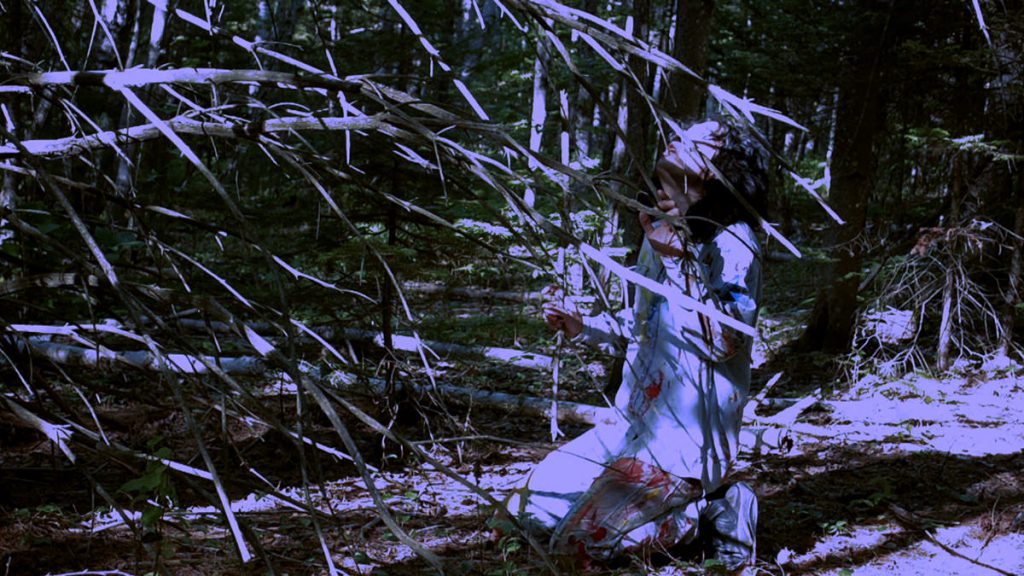 D. Can you tell me a little about your influences and education?

K. I remember working when I was younger in Paint, the program, and then doing some stuff in Photoshop before I came to America to study at the Rhode Island School of Design. In the beginning, I wanted to do graphic design and then I started painting but I did it in a way that would have similar protocols as the computer programs I had worked with, working with layers and so on. And then later, many of these pictures became what you could do in Photoshop as an analogy.
For example, in my _History Paintings_, it’s like in Photoshop where you can see the history, the previous actions. It’s like an object, and then the performance, and then the picture you take of it, which kind of looks like a picture of an action.

D. Is that something you are looking for, the fact that the pictures are perceived or experienced in different media, online, in a video, in an installation...

K. I think so. I have been doing two types of shows: the gallery installations and the pieces for institutions. All the content of the show has another life online. I am trying to make work for both audiences, the one in Thailand who won’t get to see the show and the one in New York that will get to see the show. But I want the work to be experienced differently.
If you go to the website it’s confusing to understand what the show really is. Online there is a flattening of information where everything is equal but, for example, when you go to the show, the whole show is filled with smoke and you can’t feel that. I consider the whole gallery as an installation. 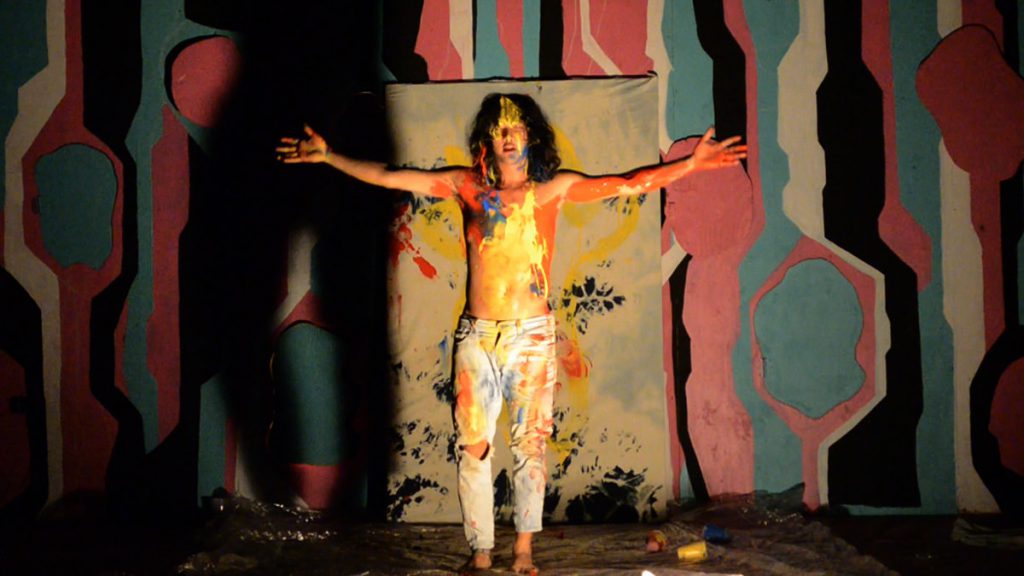 D. What drives you do this work, to be more engaged with your audience in Thailand?

K. I think my work changed a lot when I went to Columbia. I had a shift when I finished my MFA. There is a subject called Comparative Modernism where we studied how Modernism grows in a country and how it develops in every country in parallel, and not necessarily compared to the Western notion of Modernism. There is a point when Buddhism in my country was connected to Modernism and from then the idea of modern was defined by this actualized reading of Buddhism.
In the past I used to want a work that would work here and there but differently, but now I think I even want to do separate and specific work for Thailand and America.

D. How would it be different?

K. This is a discussion I was having with my friend last night. I had this show Painting with history in a room filled with men with funny names where I talk about joining a legion of male painters, as an analogy of my personal history when I joined a Christian boarding school where everyone was Buddhist. I built this work as a combination of personal bend, personal subjectivity and postcolonial politics—you know, the white man painter—and then a good amount of pleasurable, formal, tasteful arrangements. My friend was telling me that the show was set up to succeed, so the audience comes and gets it and they are on my side with the good politics and all, and say: Good Job!
And it’s interesting for me because I think the shows that really change people are the ones where people don’t necessarily get it and then three shows later they do. And there are artists that at first you hate and, after a few shows, your perception of their work changes because they have adapted to the artist's point of view. And that requires a partially antagonistic point towards the viewer.
Specifically for Thai audiences, I really wanted to make a show where people would be on the same page. There I want the work to be almost didactic and sort of. Succeed, where here I don’t necessarily want to succeed, you know what I mean? 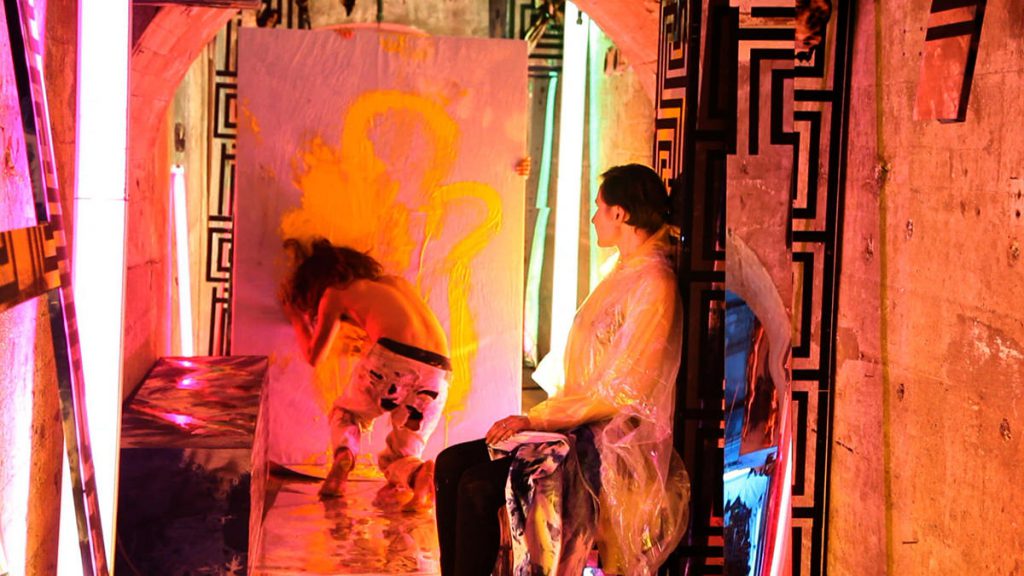 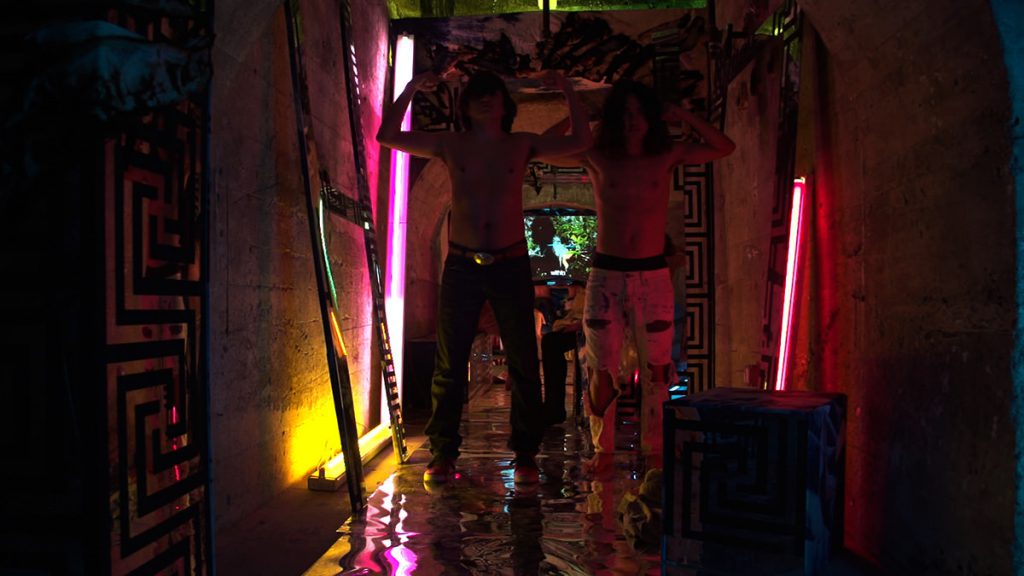 D. You think you can control that reaction of the public?

K. I don’t think like decide completely but I am trying to go with this setup. I think about a goal and then I go from point A to B and then I see a clear path where everything comes together.
I am going to do a couple of more shows in the fall: one in Kansas City and one in Milan, and I really like the idea of series. I am revisiting my old work and reprocessing it. I am trying to figure out how to continue this series trying to make it harder in a way.

D. It would be almost like a TV show series?

K. Yeah, but it is more like a trilogy where you can feel it is made by the same person and it’s the same work, but at the same time I probably want the second piece to somewhat betray the audience that follows the first ones and loves them a little bit. I want the second one to be harder but it will be framed as the first one so the people are going to connect with it.

D. How is that connected to your life?

K. Each video reflects my life and people I meet and the process of making the video connects it all. Last summer I was in a residency in Maine. It’s really hard to get selected for their program. When you are there you are in nature, free of responsibilities, and the reason for this residency is for you to be there and rediscover yourself and reinvent yourself, reflecting upon the work from other artists and nature. 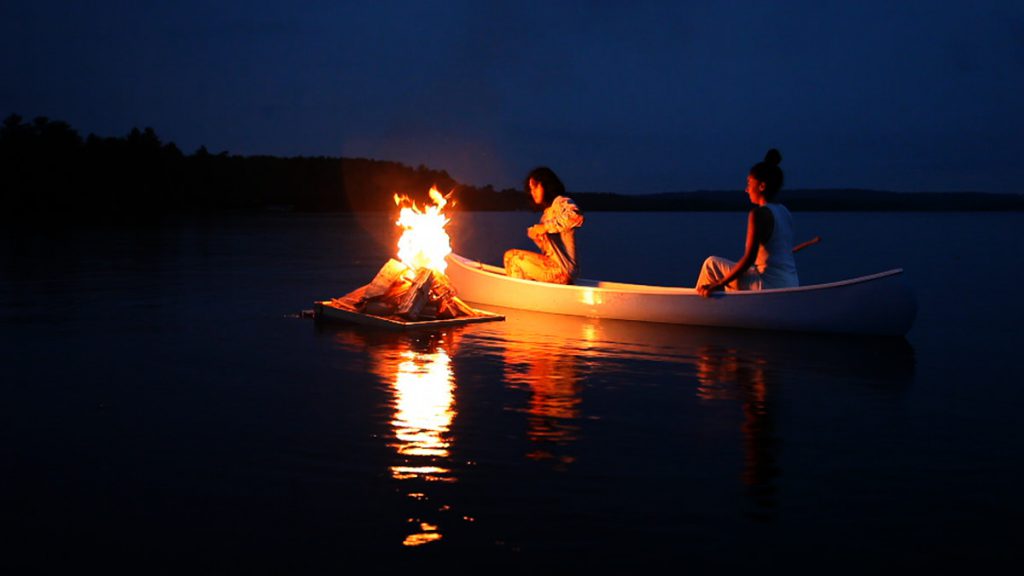 D. I can see some of that in your video pieces. How did this experience influence your work?

K. There is this text about this man who introduced modern art in Thailand, actually it was an Italian in the 1930s. A sculptor from Florence who later on was given a Thai name that basically means “art.” He is like the father of modern art in Thailand. He wrote a very romantic text about art and nature I introduced in my installations. And the idea basically was kind of making art as a big thank you to nature. And then there was this woman in a TV program that made a painting live with her boobs, and then became a taboo thing because she actually had been paid by the program. And the ultimate guy from this romantic school, highly modernist and Buddhist, talks about it and how the Western countries would do it be better. And the people start asking then “what is art?,” and he answers it on TV, telling everybody how this is bad because she doesn’t know about composition and stuff... The video is about how I saw it and how I ended up making the same painting.

K. Exactly, the point is that I think my version would be OK for them, because I don’t show sexual parts and I am a man, even though it’s basically the same result. Every time I am reenacting this performance and I would like to eventually meet her and collaborate with her. I don’t know if she would agree but...
Through my position and the cultural value I have, making art in the West, somehow I can generate a cultural value that links to a monetary value these paintings will have upon their return to Thailand, circulating from the West.

D. With the aura of the West..

K. Yeah. There is this weird thing that me being Thai and living in America adds a cultural value to my work almost immediately, and at the same time me, being in Thailand as an artist but being “approved” by the West, that gives validity to this action and this symbol. Even though I am trying to develop very democratic skills related to everyone, like the use of denim, bleach, fire... 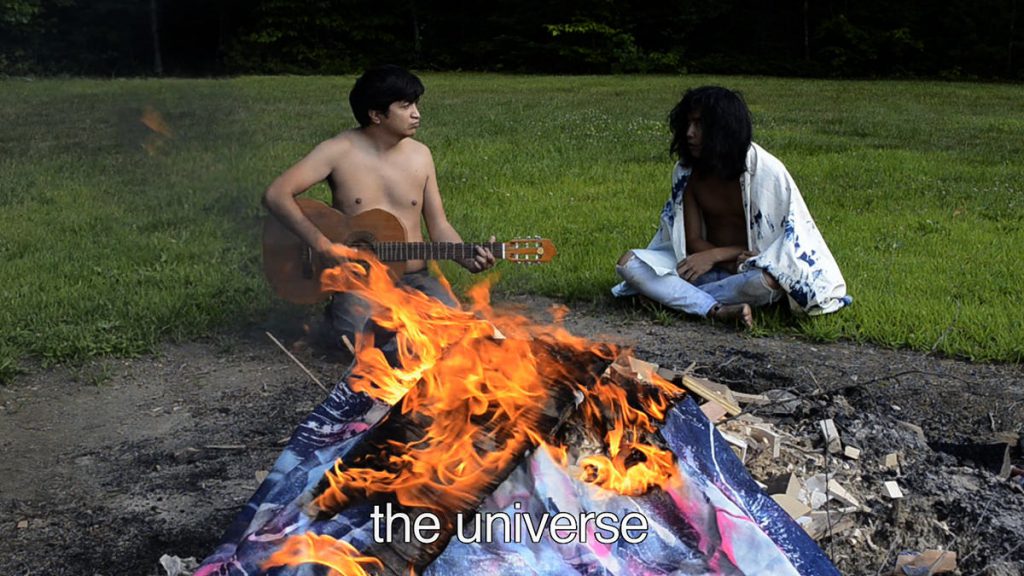 D. What are you working on right now?

K. There is this temple in Thailand with millions of followers (Krit is talking about the _Dharmakāya_ movement) and they have this video lecture about what happened with Steve jobs after he died. Where did he go after he died and why he got cancer. The temple, visually, is really extreme.
Since it came out, I wanted to write a screenplay and then make a feature film based on this. To think about Steve Jobs and Apple and how that connects and in a way opposes to Buddhism is very interesting to me. So the idea is making a kind of a road movie where these three girls are coming to America and then meet a guy who resembles Steve Jobs. Along the way, they meet a lot of surrogates of Jobs that kind of lead them to him and finally, the lead character meets them at the Spiral Jetty.
The whole video is linear but with a lot of flashbacks, like in the TV series Lost. And I am kind of working on installation pieces which will become or feed the material for the flashbacks. But at the same time they are projects in themselves.

D. Do you have the whole script connected, at least in your mind?

K. I am working on it for the next two years. Before I do this I need to do a lot of research about the temple and have interviews with members of this movement. I am planning little by little by little and it’s probably better to let it grow organically, as I grow myself. 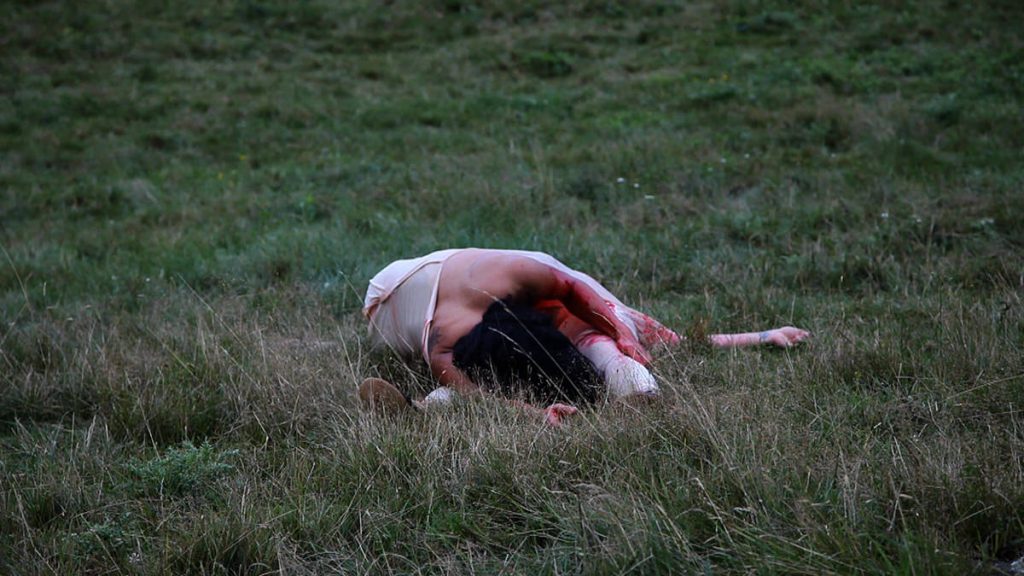