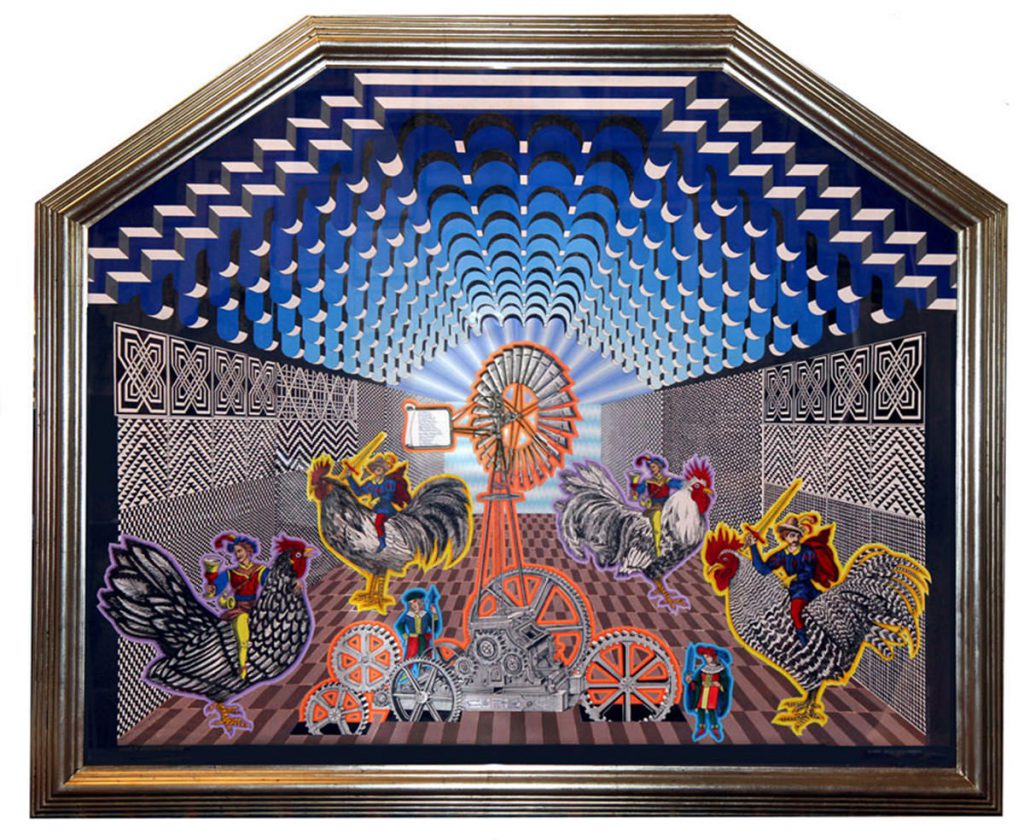 Writing about Friedeberg involves a huge debt. I could write about his visual and architectural inspiration, classify his work, tell you about his extensive literary culture, comment on his artistic influences or the extraordinary experiences he had with the greatest and more eccentric characters of the 20th century. However, words will always remain insufficient to understand the extraordinary and complex character. 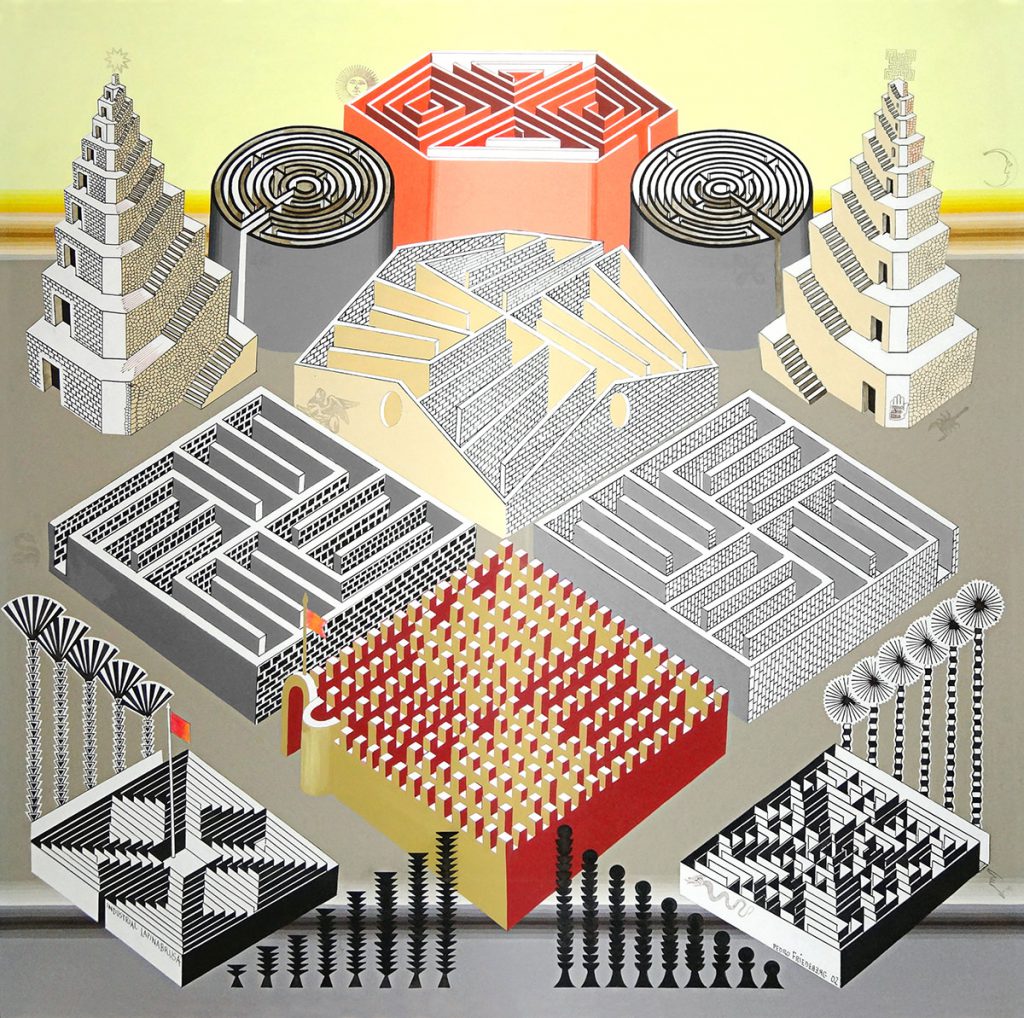 Sarcasm and irony are habits of his daily life; he uses and dominates them like a master. I was fortunate to photograph Pedro at his house. I called him a couple of days before the photo shoot to arrange the time. I proposed him an afternoon schedule for me to have natural daylight, since I wanted to get a warm atmosphere. To which he replied, "I'd rather be photographed at 12:00, with intense light and I need to wear a mask! So I can pose, can you bring me that?” I guess it seemed very suitable to wear a mask for a portrait session. I took him a black mask. 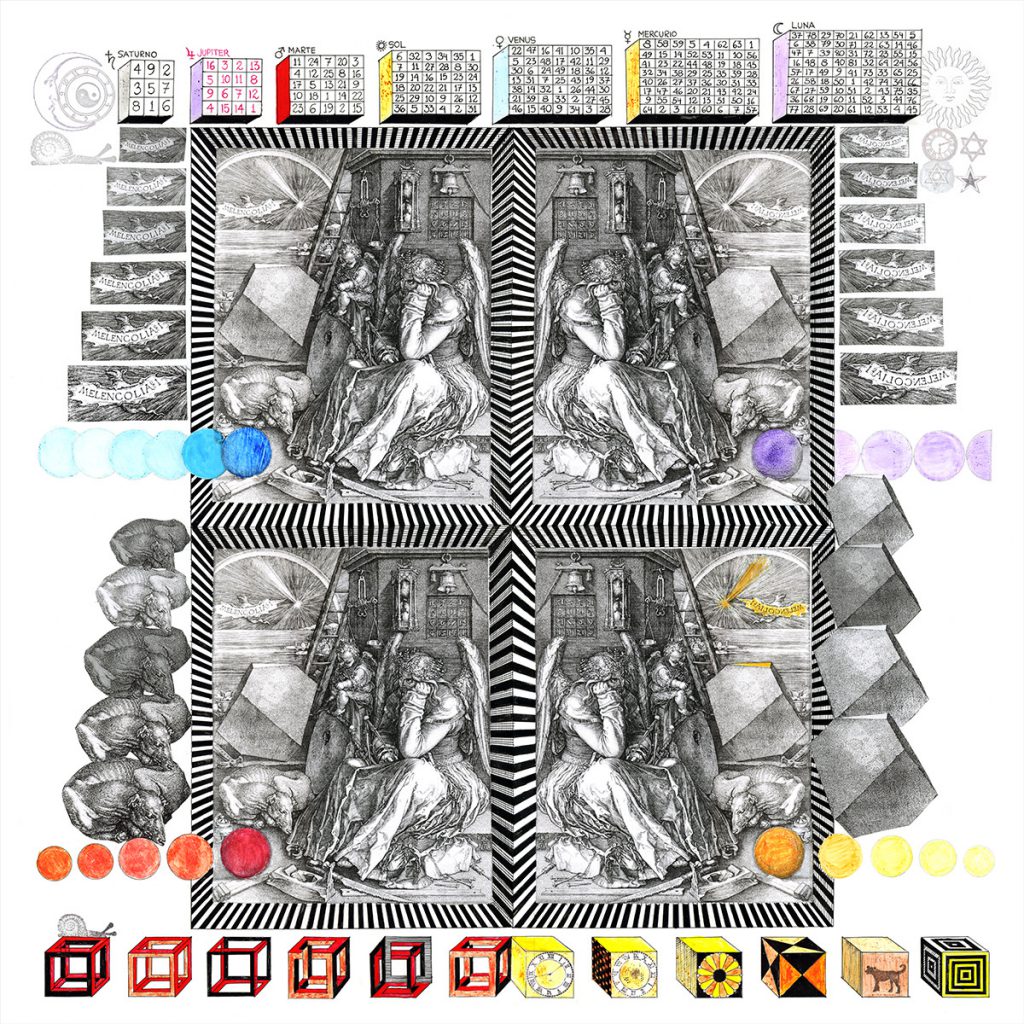 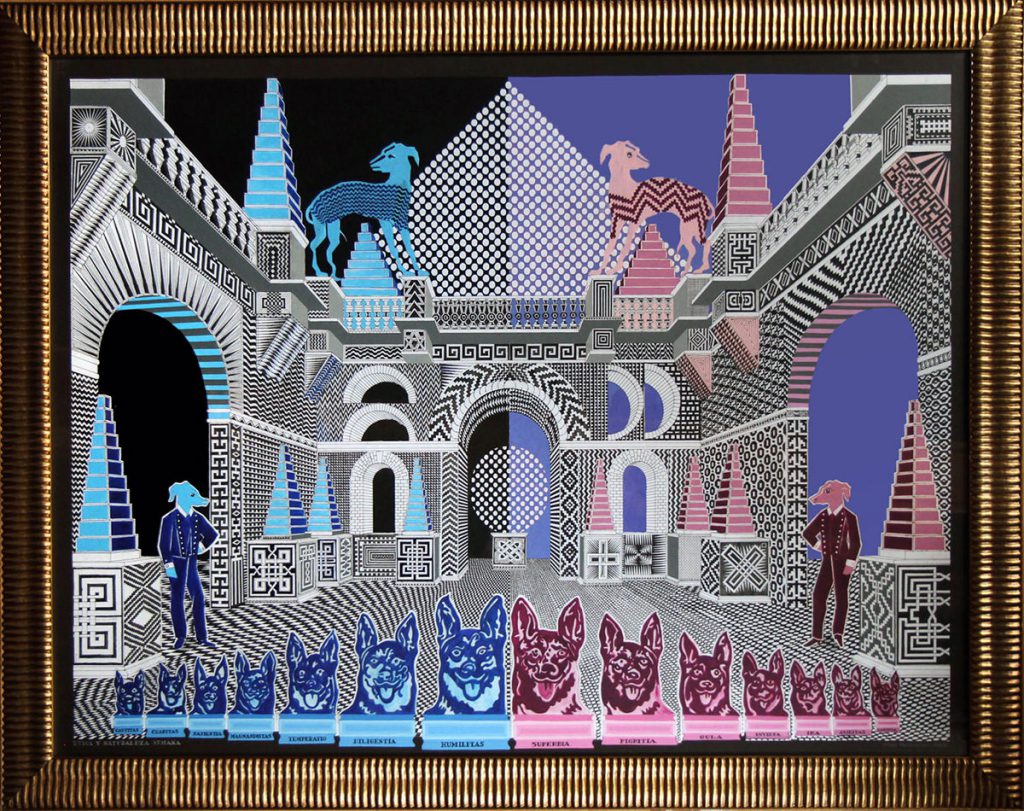 When humor and nonsense attitude invade his artistic will, it ́s quite complicated to catalog and understand that he doesn ́t seek to belong anywhere. His work is unique, perfectionist, obsessively detailed, infinitely spatial, and highly saturated to express his repeating patterns. Illusive geometry mixed with op-art vibrational effects from the 70 ́s, pop art style national symbols & elements, Renaissance perspectives on surreal scenarios; a frontier were art and architecture merge, going farther beyond his renowned and famous Hand Chair. In his work, one feels the strong architectural influence of Piranesi and MC Escher geometries. In fact, he trained himself as an architect in Mexico City, where he actively resisted the mainstream tendencies at the time. He strongly criticized the current heroes: "That Gropius vulgarity!", "Le Corbusier, that abominable man!" and "What horror Mies Van der Rohe!". Under his motto "too much is not enough", he implemented a devotion to ornament, fantastic towers, exotic objects, exaggerated ornaments, signs, frets, spirals, tapestries, butterflies, shells, unicorns, moons and avocados, among other popular cultural images taken from the _fantastic imagination_. 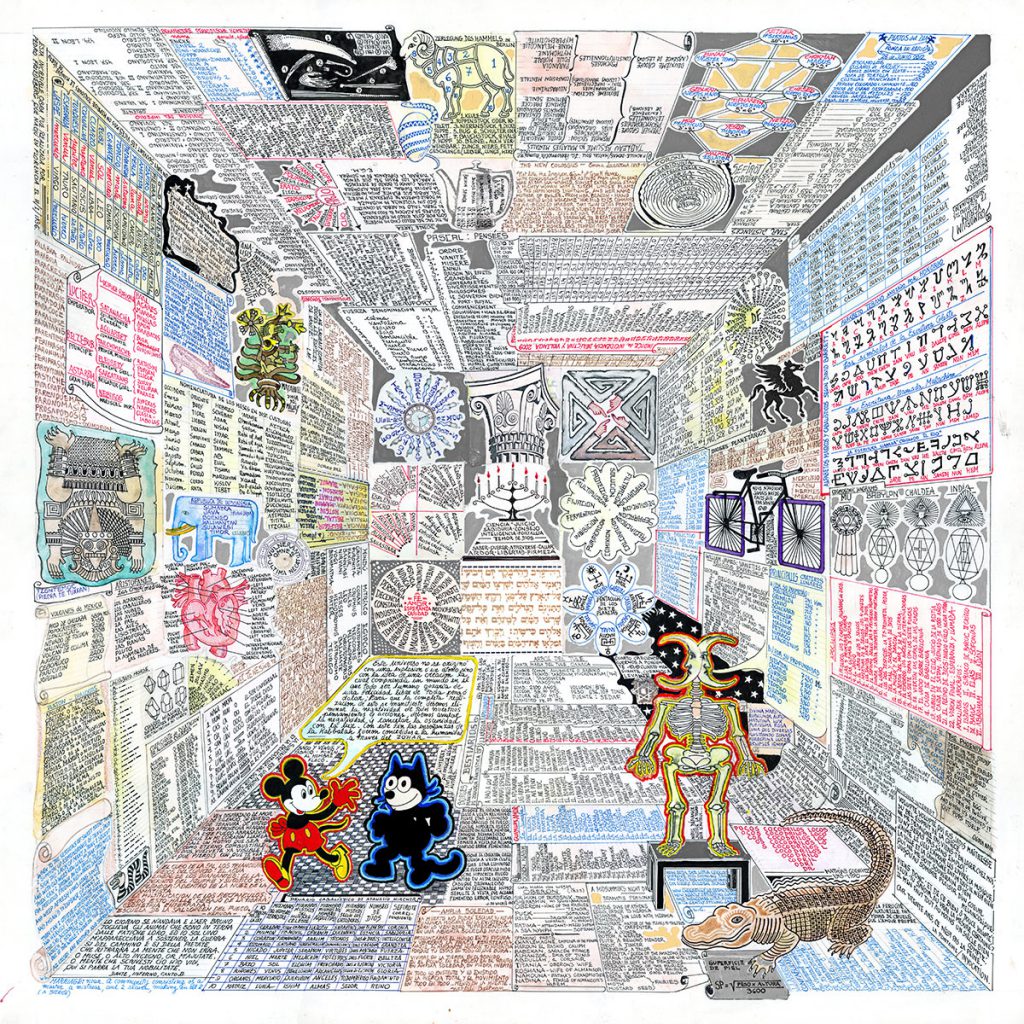 His work defies conventions of Mexican art from the second half of the twentieth century, or other tredns of the period. Although Friedeberg does not fit neatly info any conventional art category, including Surrealism, he just may be the last living Mexican surrealist of his time. Friedeberg's inconsistency is his richest attribute; it is the point where the multiplicity of interpretations becomes fantastic and thoughtful. His attention to detail is hypnotic. 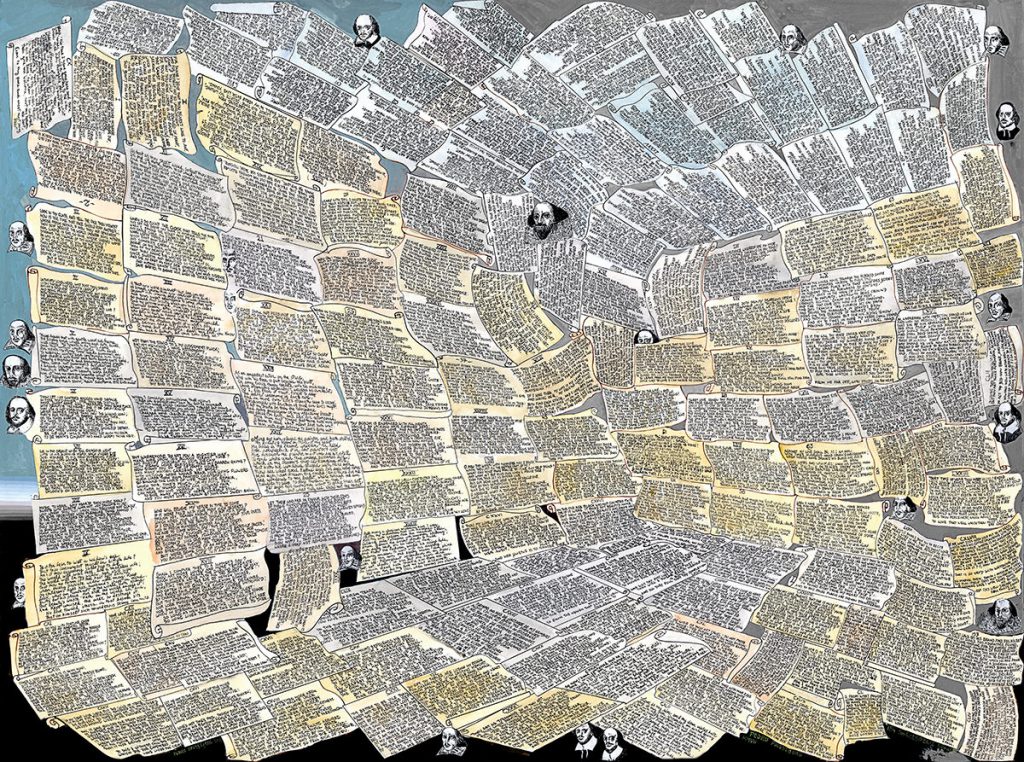 The depth of his work, achieved with the intensity and detail of his perspectives transports us into an amazing world inspired by Masonic imagery…Kabbalistic, Oriental, Hindu, Jewish, and pre-Hispanic places, sometimes psychedelic in tone. Here is a huge part of his greatness. His fantasy world comes from mythical ancient and universal philosophies and does not contain geographic boundaries.
I find it interesting that his paintings contain spaces without people. Some critics call this "Obsession with the void," but more than a void, the feeling of his work is more of a profound absence with a perfect silence. The work manages to create a unique and exclusive space, as unique and exclusive as his Facebook profile (only 7 friends), an intimate space that evokes fascination and mystery. Only Pedro lives in his paintings, but the wonder comforts any viewer. 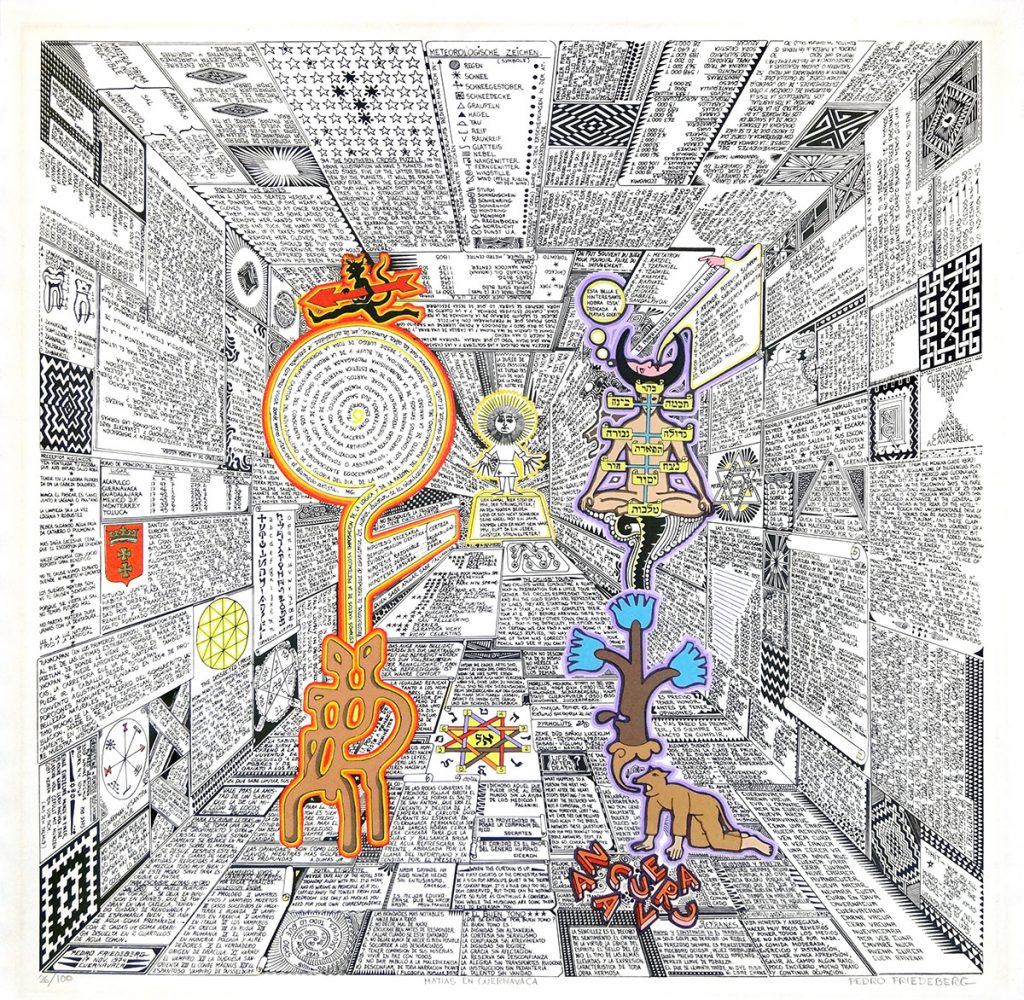